Late last week came a break in the logjam that has been the status of election security legislation in the U.S. Congress. Senate Majority Leader Mitch McConnell, in a pivot from his previous stance, voiced support for $250 million to be disbursed to states for election security improvements. This is a remarkable change from the recent past, where for a while it seemed that nothing would be able to make it through the Senate. Elections had become both a partisan poison pill (wrapped up in concerns about the legitimacy of the 2016 election outcomes) and a federalism issue (state officials worried about strict requirements — very necessary and long-overdue, from our perspective — that encroached on their jobs and responsibilities).

This turn of events was no small feat, happening only after lengthy legislative engagement by many advocates, an effective day of action led by Public Citizen last Tuesday, and a campaign to put pressure on McConnell led by conservatives such as Grover Norquist and ad-buys by Republicans for the Rule of Law in McConnell’s home state of Kentucky that targeted the issue and his recalcitrance directly.

However, Congress shouldn’t raise the “Mission Accomplished” banner on election security just yet. This money is just a down payment on the investment necessary to defend our elections beyond 2020. The $250 million adds to the $380 million disbursed last year, which will be spent by 2020. The Brennan Center estimates that we need over $2 billion over the next 5 years, nationwide, to adequately secure our election systems. What’s more, it’s not just about money, but there are real needs in terms of directing the spending of that money. For example, this money will be allocated based on state population, not based on which states need more help in securing their systems and moving away from unauditable voting machines.

Pressure and hard work made this turn of events happen, and now it’s crucial that we work to continue to secure election systems ahead of the upcoming 2020 election season. We’ll be here fighting hard and working to make sure election officials, voters, journalists, and people from all walks of life have the information and tools they need to protect our democracy. 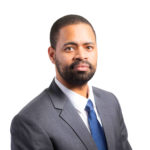 Maurice Turner is Senior Technologist at the Center for Democracy & Technology, a Washington, DC-based non-profit advocacy organization dedicated to ensuring the internet remains open, innovative and free. Supporting work across all of CDT’s programmatic areas, Turner focuses on the Election Security and Privacy Project identifying and updating election cybersecurity practices and infrastructure, and working through potential remedies. Turner brings a unique mix of formal education and practical work experience in technology and local, regional, and national policymaking to the Internet Architecture project. After receiving a bachelor’s in political science from Cal State Fullerton, he went on to earn a master’s in public administration from the University of Southern California focusing on emerging communication technologies, privacy, and civic engagement. In addition, he holds a graduate certificate in cybersecurity strategy from Georgetown University.

Nearly a decade of municipal management experience is complemented by numerous private-sector technology positions, fellowships, and internships. As a TechCongress Congressional Innovation Fellow in 2017, he served the Republican staff of the Senate Homeland Security and Governmental Affairs Committee (reporting to Chairman Sen. Ron Johnson) supporting on cybersecurity issues. His previous employers include the City of Newport Beach, EarthLink Municipal Networks, Center for Democracy and Technology, Coro Foundation, United Medical Center Hospital, U.S. Department of Transportation, and Apple. Turner has been a technology enthusiast for over 30 years and is committed to leveraging new technologies to increase government effectiveness and community engagement.