On May 26, 2020, Twitter took the unprecedented step of applying a label of “get the facts about mail-in ballots” to a series of President Donald Trump’s tweets. The company determined that the tweets contained misinformation about how to vote in California, violating its prohibition of content that contains false or misleading information about the process of voting. The tweets also contained a rash of unsubstantiated allegations of voter fraud but the label was applied narrowly to false information about the voting process, according to the company.

This action by Twitter was quickly overshadowed when, a day later, the president tweeted “When the looting starts, the shooting starts” in reference to the protests sparked by the police killing of George Floyd. Twitter added a disclaimer to these tweets stating that they violated the company’s policies against glorifying and promoting violence. Twitter also restricted the reach of the tweet by disabling likes and retweets without comment on it.

All of the president’s content was cross-posted to Facebook and, despite similar policies as Twitter, the company failed to take any action on either the false information about mail-in ballots or the threat of protestors being shot.

The protests in response to the brutal police killing of George Floyd has focused international attention on race and justice, and for that reason the president’s comments on “looting and shooting” have dominated public debate about platforms. Facebook’s employees responded to the company’s failure to act on the “looting and shooting” post with unprecedented public criticism, walkouts, and resignations.

However, we cannot lose sight of the pressing danger to the integrity of elections posed by the spread of false information about voting rules and procedures, which has historically targeted Black voters. Attempts by elected officials to suppress the vote through false information about how, when, and where to vote and who is eligible to vote is the clearest red line that platforms should draw when deciding what content to allow on their services because it undermines free and fair elections. So far, Facebook is failing.

The Biden campaign recently called on Facebook to create and consistently enforce clear rules on voter misinformation. In fact, social media platforms generally prohibit election misinformation about voting procedures in their stated policies. Over the past few months, our research center has documented and analyzed the policies of platforms relating to political misinformation. We found that platforms are generally dependent on institutionally authoritative sets of facts when moderating content. Because of this, they are only willing to step in and remove false information when it comes to very specific types of content. One of these is information about electoral processes. Facebook and Instagram, Twitter, and YouTube all state that they will take down demonstrably false election information, although Twitter’s ‘public interest’ exemption means that when a world leader is the source, the content might be put behind a disclaimer, be down-ranked, or have other restrictions placed on it rather than be taken down entirely, such as the Trump tweets above.

However, as we’ve seen from Facebook, having these rules on the books is not enough. Platforms must actually enforce their own policies to protect the integrity of our elections, which Facebook, Twitter, and Google have all publicly committed to doing. Enforcement of these policies is necessary for two important reasons. The first is that allowing false information about how to vote in elections to spread on social media is a threat to the primary way the public can hold its democratically elected leaders accountable. Speech that directly and unequivocally seeks to undermine people’s right to vote has little political value. No platform or media company has to respect, facilitate, or amplify speech that undermines the electorate’s ability to hold democratically elected leaders accountable.

The second reason securing the integrity of elections is important is the history of false information about where, how, and when to vote, and who is eligible to do so. In America, you can’t talk about election integrity without talking about race. It is not an accident that the president has linked his baseless accusations of voter fraud to “illegal” immigration, at once undermining confidence in the vote among whites and targeting non-white voters and immigrants. There is a long history in the United States of voter suppression targeted at non-white voters and carried out through law and practice.

The president’s social media posts should be seen in this light. They are brazen attempts to undermine the vote and his own accountability at the ballot box through the circulation of false claims about the process of voting and questioning the integrity of the vote for his primary audience of white voters. If Facebook and other platforms refuse to enforce their policies against false information about how to vote, history tells us that Black and Brown people will be disproportionately targeted and effected.

The electoral process offers platforms a clear democratic case to engage in counter-speech. We believe that Twitter’s approach to asserting and acting on its right to run its platform in line with its values and commercial interests as a company is the right one. Twitter did not take the president’s content down after all, it provided counter-speech in the way of a fact-check that demonstrated the president was wrong. In the context of elections, there are institutionally authoritative and bureaucratically credible sources that platforms can rely on to establish facts. In the United States these include state boards of elections and secretaries of state. While not perfect, these institutions exist to carry out and supervise the conduct of elections, and they have legal obligations to do so. They are the source of credible and verified information about voting and the integrity of the process.

Facebook’s failure to enforce its own clear policies against electoral misinformation is dangerous to democracy. Given the long history of voter suppression in the United States, and the struggle of people of color to secure equal voting rights, it is also a decision that has disproportionate effects on the most vulnerable citizens. Election information also offers the clearest case for Facebook: playing this role is both democratically important and the facts are relatively clear. The failure of Facebook to act in this instance alone should be enough to question the company’s values, motives, and commitment to democracies around the world.

Heading into the 2020 US presidential election, this is likely only the beginning of what is to come. 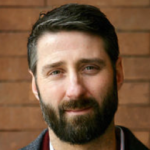 Daniel Kreiss is the Edgar Thomas Cato Distinguished Associate Professor in the Hussman School of Journalism and Media at the University of North Carolina at Chapel Hill and a principal researcher of the UNC Center for Information, Technology, and Public Life. Kreiss’s research explores the impact of technological change on the public sphere and political practice. In Taking Our Country Back: The Crafting of Networked Politics from Howard Dean to Barack Obama (Oxford University Press, 2012), Kreiss presents the history of new media and Democratic Party political campaigning over the last decade. Prototype Politics: Technology-Intensive Campaigning and the Data of Democracy (Oxford University Press, 2016) charts the emergence of a data-driven, personalized, and socially-embedded form of campaigning and explains differences in technological adoption between the two U.S. political parties.

Prior to this academic work, Kreiss worked for a number of political and nonprofit organizations in New York City and San Francisco, and was an active political blogger during and after earning an M.A. in Communication (Journalism) from Stanford University in 2004.