Approaching a presidential election during COVID-19, the U.S. is at a pivotal moment, facing challenges to civic engagement related to access, equity and fairness. The global health crisis has shifted civic engagement to an increasingly online endeavor. Civic engagement entails individual or collective actions of public concern to improve communities and society, including: electoral voting, grassroots campaigning, activism, volunteering and signing petitions. When citizens communicate their civic stances online, this can exemplify a form of digital civic engagement. Hashtags, memes and sartorial choices can be shared online to show solidarity with social, political and grassroots movements. COVID-19 has impelled people to increase their time online; the most used digital platforms are: Facebook, Twitter, LinkedIn and Instagram.

Political candidates have introduced policy platforms, personal updates, and grassroots initiatives digitally for public awareness. For example, President Trump announced his COVID-19 health update on Twitter. Former Vice President Joe Biden, the Democratic candidate for U.S. President, used Twitter to share his racial equity plan. Our digital age has created access to civic participation online, with some positive effects correlated with offline civic engagement. According to CIRCLE, youth who engage in online activities, such as following candidates or campaigns on social media, or signing petitions, are around three times more likely to engage in offline activism, compared to those who do not. CIRCLE also indicates that 51% of youth who participate in offline activism say they are “extremely” likely to vote, compared with 30% of youth who did not engage in offline activism. UNICEF has also identified a correlation between youth digital participation and offline civic engagement.

Although our digital age has enhanced access to civic engagement, digital divide exists across race and gender, impacting the ability of some communities of color, women and girls to civically participate online. NCSS cited that 15% of people in the U.S. neither own a smartphone nor have access to broadband, likely living in “civic deserts,” with limited access to in-person opportunities to civically participate. Black, Indigenous and Latinx communities face digital inequities, limiting access to broadband and the Internet. The Pew Research Center published findings that 12% of White adults are “smartphone only” Internet users, compared with 23% and 25% of Black and Latinx adults, respectively. The U.S. Census Bureau indicates that only 53% of the Indigenous community living on reservations have access to high-speed Internet. In addition, OECD reported a gender digital divide, with 327 million fewer women than men able to access the mobile Internet, worldwide. Women are also 26% less likely than men to have a smartphone, and are more likely to be “digitally illiterate,” defined as minimal comfortability using technology and the Internet. Digital illiteracy, limited access to technology, and restricted access to the Internet impede economic and educational progress, especially for women, girls, Black, Indigenous and Latinx communities.

COVID-19 has disrupted voting, which is an essential form of civic participation. Voting rights and voter suppression are civic challenges, including for susceptible communities, such as students, the elderly and people of color. Voting by mail, early voting, and the expansion of online voting have been discussed nationally, including at Congressional hearings. The delayed delivery of mail-in ballots by the U.S. Postal Service (USPS) would have been a significant civic challenge. USPS announced the suspension of operational changes until post-election. Cybersecurity concerns associated with online voting, and social media vulnerabilities have been notable civic challenges. Microsoft detected cyberattacks targeting the U.S. presidential election and informed stakeholders of updates. In addition, Facebook and Google announced reinforced election protection efforts. Another civic challenge is misinformation and disinformation infiltrating digital platforms, which can be cumbersome to combat.

When civic engagement and COVID-19 collide, sustainable solutions are needed to address complex challenges and digital divide. These challenges impact how our populace civically participates — online and offline. While digital civic engagement has shown positive effects, such as increased likelihood for some to engage in offline activism, it remains unavailable to those without access to broadband and the Internet. Collaboration is crucial among government, multilateral organizations and technology companies to: fortify election protection efforts, ensure equal access to voting, decrease digital divide and address mis- and disinformation on digital platforms. Civic engagement in our nation should be accessible, equitable and fair — for all of our citizenry.

This article was originally published by the United Nations Association-National Capital Area and is republished with express permission. 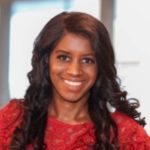 Victoria Parsons is a Founding Partner of Palm Global Consulting (https://palmglobalconsulting.com), a boutique global and external affairs firm based in South Florida, Washington, D.C. and New York. She has advised clients on issues including: technology policy, global health, tourism, agriculture and public relations. Victoria has served at the Obama White House, for Speaker Nancy Pelosi (then-House Minority Leader), and in state government. Her private sector stints include Facebook and Mercedes-Benz USA. Other affiliations have included: Frédéric Bastiat Fellow, Inaugural Judy Schneider Fellow, Morrill Scholar, and Summer Fellow with The Columbus Foundation. Victoria has a Certificate in Global Health from Harvard; an MPA (Global Relations) from The George Washington University; studied at the Universiteit van Amsterdam in The Netherlands; and has a BA from The Ohio State University. Victoria volunteers for YWCA and Year Up. She is a classically trained violinist, and was in GW’s University Orchestra. She has performed at Washington National Cathedral, in Salzburg and Vienna, Austria. Victoria splits her time between Miami and Palm Beach, FL.