In recent weeks you may have received text messages from an unknown number, often times out of state. They are not selling anything or trying to steal your identity, they are trying to get you to participate in the political process and, more often than not, vote for a particular candidate. Unlike traditional robocalls, these text messages aren’t being sent from some automated device, but instead from a campaign volunteer.

P2P Texting and the TCPA

These specified prohibitions stem from the regulatory framework found in the Telephone Consumer Protection Act (“TCPA” found at 47 U.S.C. §227 et seq.). This Act generally restricts certain behaviors, outside emergency situations, such as, but not limited to:

However, to date, the Act has been interpreted in a way that does not preclude sending manual texts as they are not sent using an “automatic telephone dialing system.” The FCC makes clear that “the TCPA and the FCC’s rules do apply to political campaign-related calls or texts.”[2] While there is a certain degree of certainty now offered by the FCC, it remains to been seen whether there will be future regulatory changes to adapt to the changing landscape.

The legality under the TCPA is only one area of voter concern, however. Another, and perhaps more prevalent concern, rests in privacy considerations and a campaign’s willingness to give strangers access to your name and contact information. In this vein, it is important to note that, while every state is slightly different, most states make much of your voting registration information publicly available (name, address, phone number) to political campaigns and, often, individuals alike. While many states limit the use of this information to non-commercial purposes, few pair the misuse of such information with a criminal-felony penalty. As candidates and consultants expand their methods of information gathering to various forms of data mining, the voter file remains the first step in most campaigns.

So, with the Super Tuesday primaries around the corner, you may find yourself a popular target for political campaigns. Whether it’s texting, online advertisements, television advertisements, direct mail, or young campaign staffers knocking on your door, campaigns may not know who you are, but they will find you, and they will attempt to persuade you. While peer-to-peer texting from campaigns may be surprising, or even unwanted, it’s not going anywhere anytime soon. Be nice to the volunteer texting and be happy another person is participating in the democratic process.

The information provided in this article does not, and is not intended to, constitute legal advice; instead, all information, content, and are for general informational purposes only. 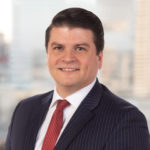 Presently, Stephen Cobb is a Fellow, Inclusive Governance at the Rainey Center.

Prior to joining the Rainer CEnter, Stephen served as Deputy Attorney General of Virginia. As an appointee of Attorney General Mark Herring, Stephen lead the Government Operations and Transactions Division – a team of over 60 attorneys and additional support staff. This Division represents 8 of the 11 Cabinet Secretariats, comprised of over 150 executive agencies, state boards, and authorities, more than 13,000 employees, and with combined budgets of more than $13 billion.

Prior to his appointment as Deputy Attorney General, Stephen served as a Senior Advisor to the Under Secretary of Commerce for Intellectual Property and Director of the United States Patent and Trademark Office. In this role, Stephen Cobb was part of a front office management team advising on intellectual property legislation and policy implementation, and public outreach in areas related to intellectual property and innovation. Appointed by President Obama, Stephen served as a representative of USPTO, an agency with of 13,000 employees with an annual budget of over $3 Billion, and the Department of Commerce within interagency working groups and acted as a liaison to the White House on cross administration initiatives.

Before joining the Department of Commerce, Stephen served as Counsel at the law firm of Miles & Stockbridge P.C. where he represented financial institutions and business entities in a variety of disputes in state and federal courts across the country. Preceding his tenure at Miles, Stephen was a Partner in the law firm of Odin, Feldman, & Pittleman P.C., located in Reston, VA. All told, Stephen has tried approximately 20 cases in state and federal courts across the country and was recognized as a Rising Star by Super Lawyers Magazine in both Washington, D.C. and Virginia.

During his private practice, Stephen also served as General Counsel to the Democratic Party of Virginia, advising the Party and its officials through both Presidential and Gubernatorial election cycles on legal issues pertaining to legislative policy, labor & employment, and political and election law. Additionally, Stephen served as Special Counsel to Rock the Vote, an internationally recognized non-profit devoted to voting rights and engaging youth voters. Before entering private practice, Stephen clerked for the Honorable Barry R. Poretz in the United States District Court for the Eastern District of Virginia.

Prior to and after obtaining his legal education, Stephen worked on numerous local, state, and national political campaigns and served as a junior associate at one of Washington, D.C.’s premiere public policy firms. As a result of his unique legal and political background, Stephen has appeared regularly on various news programs, including FOX NEWS, FOX Business, and Newsmax, to provide analysis and insight on issues of law, policy, and politics.

Stephen has also served as an Adjunct Law Professor at the George Mason University School of Law, teaching Negotiation and Legal Drafting. He graduated with a Bachelor of Arts from the University of Maryland, College Park and a Juris Doctor from The College of William & Mary School of Law.

By Sarah Hunt and Bishop Garrison 3 years ago