The Trump era is one where conservative politics are increasingly defined, not by abstract rights or principles, but by “winning.” Instead of lofty ideas, it’s an era that’s all about defining and attacking your enemies. The politicization of neutral institutions and state power, once considered taboo, is also increasingly seen as a valid means to achieve this end.

One early target of this realignment is the tech industry. Congressional Republicans, at one time seen as perhaps too reliably pro-business, are already starting to drop the pretense of free-market rhetoric to pursue policies that would make FDR blush. Worse for the tech industry, this type of messaging has garnered significant traction within the right-wing coalition and is increasingly popular with the Republican base. If tech doesn’t change how it approaches the right soon, it’s going to be in big trouble (see, e.g., Tucker Carlson’s high praise for Sen. Elizabeth Warren’s economic agenda).

One such policy that illustrates this point is Sen. Josh Hawley’s (R-Mo.) recently proposed legislative changes to Sec. 230 of the Communications Decency Act, one of the foundational laws of the modern Internet. This legislation, called the “Ending Support for Internet Censorship Act,” aims to address the problem of alleged anti-conservative bias perpetrated by large online platforms like Facebook, YouTube, and Twitter by making legal immunity for their users’ content conditional on maintaining “political neutrality.”

Under the proposed regime, large platforms would have to “earn immunity” by undergoing periodic audits and certification by the Federal Trade Commission. These audits, which would require a supermajority vote for approval, could force a broad range of social media platforms, apps, games, and other online services to disclose a trove of proprietary data to the government to get the legal protections they currently enjoy. And just like with Mexico, they would have to pay for it!

Understandably, the tech industry and associated pundit class were not fans of the bill, and responded with mockery and outrage. They deconstructed every provision in a barrage of official statements, blogs, and Twitter threads, characterizing it as an idiotic solution to a fake problem promoted by ignorant populists.

This approach — which brushes off anti-conservative bias as “non-existent” while appealing to conservatives’ free market better angels — is not a sound strategy to win hearts and minds on the right in the Trump-era. It misses the strategic purpose of the bill, and fails to grasp how much the right-wing coalition has already shifted. They’re also giving Sen. Hawley what he wants: lots and lots of attention.

As Sen. Hawley surely knows, a solid majority of Republican voters believe that social media platforms censor political viewpoints. San Francisco, California — around which many of the big tech platforms are based — is ranked by Pew as the most liberal big city in America. In 2016, only 9.4% of its voters supported Donald Trump for President. While evidence of systemic anti-conservative bias online is mostly anecdotal and often conspiratorial, it is not an unreasonable thing for conservatives to be worried about, given the companies’ considerable power and history of getting involved in political causes. Additionally, there is evidence that their workplace cultures are not always tolerant of conservatives.

Significantly, Sen. Hawley’s policy approach breaks with the traditional libertarian pro-business canons of the right. In place of adhering to the restraint suggested by traditional limited government principles, the emerging new right is not afraid to use the administrative state — in this case the FTC — as an instrument of political power. (If you’ve been following the internal debates within the right-wing coalition, this trend should be no great surprise.)

The ambiguity and poor legislative design of Sen. Hawley’s Sec. 230 bill are plain to any policy expert, and it would undoubtedly have disastrous consequences for the Internet ecosystem if enacted. It is, however, unlikely to even pass out of a Senate committee. That’s because it wasn’t meant to. It’s a political document, not a policy document (or what we call a “messaging bill” in DC).

The bill was designed as a rallying call for the new coalition on the right, opposing the old libertarian fusionism that has reigned since the Reagan era. This emergent coalition is made of up groups who don’t believe the old consensus has delivered for them: social conservatives, economic nationalists, big tech skeptics, and — in some instances — conspiracy theorists. Its purpose is to shift the Overton Window on the right, and further bind together the Trump electoral coalition into a lasting political force with defined policy views. It also sets up an organized faction that’s ready to support broader bipartisan efforts to erode Sec. 230 (get ready for opioids, cyber-bullying, violent extremism, etc.).

If tech companies and their allies want to meaningfully push back against this tide of conservatives turning against them, they need a new strategy. First, they need to recognize what Sen. Hawley’s trying to do — rather than tilting at windmills. Second, they need to commit to more consistent and transparentpractices (see, e.g., the Santa Clara Principles) that are less susceptible to outside pressure and misinterpretation. Third (and most importantly), they need to engage in a more robust dialogue with groups on the right they aren’t comfortable talking to, particularly those who have expressed grievances with them. While libertarians and moderates are their natural allies, to quote Danny DeVito, “the surest way to go broke [is to] keep getting an increasing share of a shrinking market.”

In the post-Trump era, tech will need a broader coalition of conservative allies (it isn’t going to magically reset to the George W. Bush-era GOP in 2020 or 2024). To get there, they’ll need to do more than write a few checks and give Ivanka Trump an award. Rather, tech executives will need to spend serious time and energy doing relationship building with conservative leaders. While common ground may appear elusive — and engaging with them may offendBay Area political sensibilities — starting to build stronger bridges now may be what’s needed to hold back the growing tide of anti-tech populism. 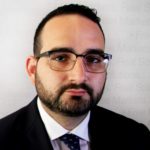 Zach Graves is Head of Policy at the Lincoln Network, a technology and policy group headquartered in Silicon Valley. Zach’s work focuses on the intersection of technology and governance issues. Prior to Lincoln, he was founder and former director of the R Street Institute’s technology and innovation policy program. Prior to R Street, he worked at the Cato Institute and the America’s Future Foundation. He is currently also a Technology and Democracy Fellow at the Ash Center for Democratic Governance and Innovation at Harvard Kennedy School, a visiting fellow at the National Security Institute at George Mason University’s Antonin Scalia Law School, and an associate fellow at the R Street Institute. He holds a master’s from the California Institute of the Arts and a bachelor’s from the University of California at Davis. Zach is married and lives in Washington, DC.