After what seemed to be a never-ending buildup of multiple debates, over 20 original candidates and a consistent barrage of articles speculating each and every time another poll is announced (or not), Monday marked the first day when the remaining Democratic presidential candidates could finally see what voters really thought of their campaign. The caucuses in Iowa, one that many already view as being complicated, sets the stage for just over 1% of all pledged national delegates, but more importantly, sets the stage as the media begins to extrapolate each campaigns future viability.

The results were supposed to begin trickling in late Monday evening. It was soon reported by many sources that the counting of Iowa votes had become a difficult process, compounded by the Iowa Democratic Party (“IDP”) finding “inconsistencies” in the results. This combination threw the outcome into widespread confusion and uncertainty.  As IDP Communications Director Mandy McClure shared: “We found inconsistencies in the reporting of three sets of results…This is simply a reporting issue, the app did not go down and this is not a hack or an intrusion.”

By Tuesday morning, not a single tabulated result had been published. Later Tuesday morning, the IDP released a more in-depth explanation: “As precinct caucus results started coming in, the IDP ran them through an accuracy and quality check. It became clear that there were inconsistencies with the reports. The underlying cause of these inconsistencies was not immediately clear, and required investigation which took time.”

While the situation in Iowa has caused concerns and speculation about the stability of the underlying fabric of democratic elections, it’s important that we look at the entirety of the situation before decrying the death of democracy.

While the delayed publication of the final results seems to be a technology issue, we can take solace in the fact that it isn’t as bad as it could have been.

First, as the IDP went on to further clarify, they “determined with certainty that the underlying data collected via the app was sound. While the app was recording data accurately, it was reporting out only partial data. We have determined that this was due to a coding issue in our reporting system. This issue was identified and fixed. The application’s reporting issue did not impact the ability of precinct chairs to report data accurately.” Additionally, a paper trail existed, which the IDP was able validate that all results matched, meaning that the underlying data maintained its integrity, ensuring that there was confidence and accuracy in the numbers that were eventually reported. Score one for paper trails!

Second, Iowa’s original idea to host virtual caucuses wasn’t implemented. The original proposal would have created “six “virtual caucuses” that determine the candidate preferences of certain delegates who, in turn, participate directly in convention activities to generate Iowa’s votes for a Democratic primary candidate in 2020.” Fortunately, the DNC eventually provided exemptions from requiring absentee access, bowing to security concerns about the process being hacked.

In an industry where being first may impact financial viability more than being right, several media organizations went to “press” with talking points that were less than idea.  First, Bloomberg Politics released a tweet saying ““Inconsistencies” found in Iowa results””. While partly true, the presentation of the situation seemed to indict the entirety of the election results.  As G. Elliot Morris, a journalist for the Economist later tweeted: “No no no no no that’s not the correct context. Headlines like these absolutely kill confidence in the process. IDP clearly said they’re not concerned about hacks or widespread issues. This isn’t a f’ing game.”

The DailyDot went even further, publishing a viral, unsourced rumor on Robby Mook’s role in Shadow, the company that created the app blamed for much of the announcement delays, leveraging disinformation for clickbait revenue.

And, finally, on CNN, Van Jones seemed to encourage the idea that something more nefarious may be underway, saying: “This is starting to feel like possibly a real debacle.”

Unfortunately, the delayed results also created an opportunity for active disinformation campaigns. This time, most of the damage was from American citizens.  And, because these are American citizens, unlike than Russian bots as in 2016, they speak with a common dialect, they have the “blue dot” of verified accounts, and speak from a position of power to large followers.

Meanwhile, Donald Trump Jr. weighed in with his own hypothesis along the same vein: “Why would Democrats decline to have someone test their app if they weren’t looking to play games and cheat? “

And, former Democratic presidential candidate Marianne Williamson offered her spin on the : “America, something went wrong here tonight and it wasn’t just an app. If an app goes down, there are such things as telephones. Then a moderate candidate came out and made this weird victory speech, while MSM started talking about what a good night this was for Mike Bloomberg.”

Where Do We Go From Here?

In order for there to be a smooth transition of power, the electorate needs to have faith that the election results are accurate. Historically, the US has been able to garner that trust. Iowa, albeit later than pundits and the campaigns wanted, was able to deliver the official results thanks to a paper trail. Yet, there are several steps we need to take so that American’s continue to have faith in the result moving forward.

First, the app used in Iowa is set to be used in Nevada in 3 weeks. At this point, given the app’s reported difficulties, the app should be abandoned for traditional ways of tabulating results (which, fortunately, Nevada agrees with). Additionally, Shadow needs to provide a true post-mortem, allowing the world to see how and what went wrong on Monday night.

We also need our mainstream media to be cognizant that their ratings and timelines should take a backseat to accuracy. Democracy demands and deserves patience. Running late into Monday night or even Tuesday night should not engender the backlash which occurred. We, as citizens, should be asking our media outlets to, without evidence to the contrary, encourage faith that the results will be accurate, that those involved are acting with the best interests of democracy in mind. And, media entities should not be engaging in wild speculation of rumors or conspiracy theories, simply to get clicks.

Additionally, we need entities, like the IDP, and state organizations facilitating election results, to communicate in clear, precise language. A bad situation was made worse by bureaucratic language without much attention to detail or accuracy. While we should expect that our media should be savvy enough to understand such words, it still would be better for these entities to speak in ways Americans can actually understand.

Finally, we need to start preparing our populous for how to react if and when future election results are wrongly challenged. We need our states to deploy the $625m in federal funding for election security (and ensure that we have paper backups of all votes). And, we need to realize that it is up to us to hold everyone accountable when they begin to peddle in fear and mis/disinformation. Only then can we ensure that democracy has a fighting chance. 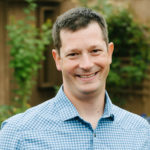 Bryan Jones is an entrepreneur and technologist who has started several companies and been issued multiple technology-based patents. He is current the Managing Partner of Strive and Solve Ventures, and the Chairman of Stand Up Republic. Previously he co-founded GetHealthy, b.well Health, and Collider Media. While at UT, Jones was a 21-time All-American swimmer and captained the 2000 NCAA Championship team. He has served as a board member of several organizations, including The Athletes Village, TeamTopia, StandUp Republic, the Greater Austin Chamber of Commerce, PeopleFund, USA Swimming, The Seton Fifty, and the Texas Exes.

Opinions expressed here are entirely his own.