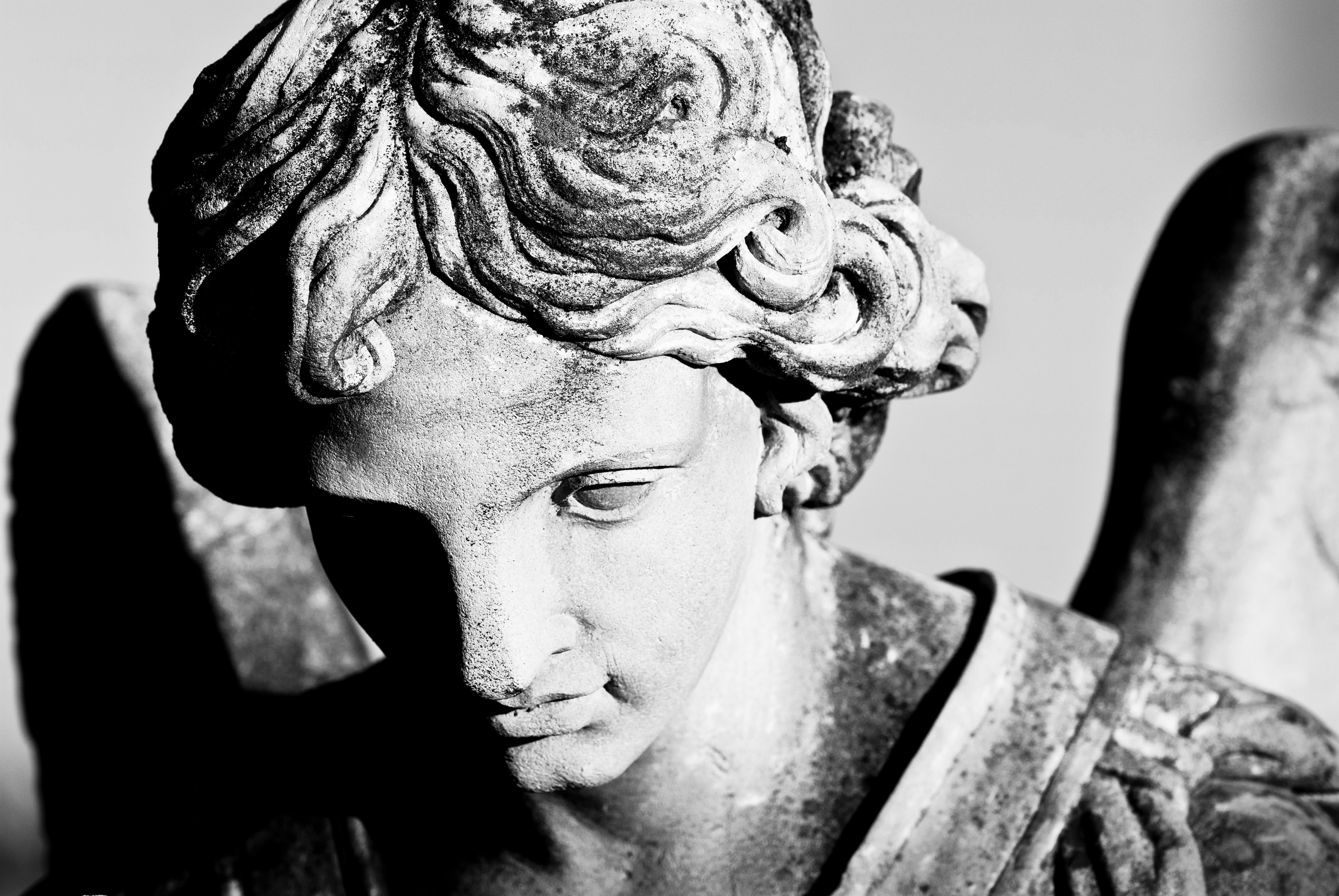 The social costs of technological advancement have caught up with us. As industry consolidation and automation combine, the externalities of doing digital business at scale are pulling into hyper-real focus: in India and the Philippines, deaths via social media-enabled mobs and elections ruled by misinformation and fear; in Myanmar, the use of Facebook by the state to enable genocide; and in the United States, a fractured, platform-driven political discourse and misinformation leading to violence like the Pittsburgh massacre, not to mention the everyday ways that algorithmic decision-making reinforces and drives systemic inequity.

And, at a global scale, the cost of powering all of these machines: the destruction of the natural environment, of Earth’s species; the fury of our new weather. Whether or not we acknowledge it, the reality of climate change looms in the background as our politics manifest tribalism, nationalism, nihilism, and evangelism. And these forces also drive inequity, and disproportionately the vulnerable, anyone who is outside the “winning” tribe.

In the era of the economist Ronald Coase and his theory of social costs, the hypothetical scenarios were quaint: fences, cows, plum trees. Farmer 1 paid Farmer 2 directly to offset the cost of moving a crop away from pasture runoff. The railroad company paid a fee to the farmer whose land and crops were sullied by soot and smoke. As long as property rights were well defined, everyone could do business; no need for the government to intervene and regulate social costs.

But we have no method to account for the emergent social costs of data-driven technologies and X-reality media. How do you offset the costs of a storm like Michael, or Maria? Which company will pay the farmers of Puerto Rico, or the homeowners of the Florida Panhandle, for what has been lost? How can Mark Zuckerberg compensate the Rohingya for the loss of their children, their fathers, mothers, sisters, and grandparents? “Build fast and break things” was not written with an understanding of the sheer scale and power of the tools it would underwrite, or who would be broken.

The technology sector is innovating at a pace beyond the ability of institutions, governments, and the law to respond. Civil society, already burdened with the remit of putting out fires set by our government that threaten the most vulnerable people among us — asylum seekers, people of color, transgender and queer people — is now forced to additionally offset the social cost extracted by new venture-backed technologies. There are new examples every day—from face recognition tools used to surveil and control and automated systems that determine who gets to keep their children, who goes to jail and for how long. Venture capitalists and companies are supporting the development of tools and platforms with severe social costs, but not the remedies to prevent and mitigate massive, world-altering harm.

However, these activists and organizers are often the people hardest-hit by social problems; and chronically underfunded and taking on all the things in order to protect their communities — perpetually forced into mission creep.

If we want to live in a world that is not the kind of dystopia put forth by Stephen Hawking’s posthumously released writings — one in which a “superhuman” elite built through gene editing rules the rest of us, who will become obsolete and extinct, relegated to wandering the Earth in search of arable land — we have to find new answers to the problem of social costs.

Coase’s position — that free negotiation among individuals would bring the market into balance, and solve for social costs — is insufficient to solve for extinction-level outcomes, or for the kinds of deeply embedded inequities that drive forces of nationalism. Yet what is the alternative? Perhaps we could look to past mechanisms that sought to bend the interests of the private market towards the social good.

In 1977, Congress and the Carter administration passed the Community Reinvestment Act (CRA) as a regulatory measure to correct for redlining (policy-directed disinvestment in financial “high-risk” communities of color). Redlining had created self-reinforcing cycles of disinvestment, deepening social stratification and locking everybody into geography-as-destiny futures. Investment banks  — now required by law to build in these places alongside any real estate investments calculated to maximize revenue, balked at the regulation — yet eventually also cashed in with tax incentives and “downtown revitalization” projects that in many cases cut through or demolished neighborhoods rich with the cultural history of Black America.

The CRA did have positive results, giving rise to a wave of Black homeownership and rebuilding urban infrastructure that had fallen into disrepair as White populations moved to the suburbs. Yet that progress has now stalled. And in some cases, the CRA was applied to require banks to make other kinds of social investments beyond the original purpose of the law. On these grounds, the Trump Administration is currently working to limit the reach of the regulation to real estate alone, though banks are not similarly limited in the kinds of investments they make which generate social costs.

Could we create legislation like the CRA, but to offset the social costs of venture-backed, transformational technologies? Passing a legislative regulatory measure like the CRA requires a vision and commitment to the public interest, and a will to support goals beyond return on investment. And in our political era, we’re unlikely to see legislative movement in this direction with enough force and support to survive a Congress that seems unprepared to understand something as basic as how Facebook derives its revenue, or a President whose interests benefit from perpetuating ignorance and disinformation.

Like Coase’s theorem, Friedrich Hayek’s idea of serfdom seems impossibly quaint given current realities. Hayek objected to the idea that “the will of a small minority be imposed upon the people” via socialistic central planning, undermining individual freedoms. While Hayek believed that these forces would be those of a communitarian state run amok. That’s certainly not what we are seeing now — rather, a capitalist oligarchy has marshalled a political minority to impose its will on the growing, demographically diverse American urban majority.  To insure its advantage, this political minority must infringe upon the civil rights and freedoms of its opponents to advance the interests of a few — mostly those who have climate bunkers and private islands. The idea of controlling these forces via the national policy path — a hard-won, hard to enforce legislative measure — seems unlikely.

I want to suggest that we open social costs to a wave of venture-backed investment designed with returns measured on a longitudinal timeline that considers the global scale and impact of these technologies, and their present social costs for particular communities, rather than shareholder return. Tech investors should be glad for a method to manage the equity and environmental costs of their products, as it may protect value in the long run. Facebook has lost 30% of its market value in the last three months as the bad news keeps rolling in. Every day another engineer or developer, like Tristan Harris or Jaron Lanier, drops out of the game to warn us about a dystopian future, or to express regret about the logical conclusions of technologies and business models they previously failed to acknowledge.

I don’t mean to suggest that regulation is not crucial to creating the pressure to reform spending and technological evolution — in fact, Facebook’s latest breach was discovered due to increased monitoring in compliance with Europe’s General Data Protection Regulation (GDPR). I do mean to suggest that there could be a profit motive — if ill-defined currently — in protecting the tech industry from its worst impulses and directing it toward equity and planetary good.

More importantly, it should not be incumbent upon community organizers and activists to solve species-wide social problems when they receive no support or compensation for doing their best to save their communities, or humanity at large. And it should not be on the ghosts of robber barons past, through foundations that bear names like Ford and Carnegie, to solely save the world from the social ills created by today’s tech giants. Nor should tech billionaires like Mark Zuckerberg be able to position rapid-prototyping of solutionism — as happened with the Newark school system — as a way to shelter revenue from taxation.

Where does this leave us? As with the New Deal, we need both a carrot and a stick to manage the direction of technology investment. The GDPR suggests a viable if flawed regulatory stick for all internet-based technologies; the carrot is harder to define. The CRA shows us that even well-meaning legislation can create unintended consequences based in bending legislative controls to serve short-term shareholder interests.

Fundamentally, the problem is that elites and tech billionaires do not think that the massive social and environmental costs of technological advance will touch them. The future for the 1% may include private security, private islands, walls, and safe rooms, to divide them from the rabble, for awhile. But how long does that buy even the most elite when global supply chains break down, when coastal cities become intertidal and real estate markets collapse? Five years, a decade, a generation? Certainly not long enough for anybody’s grandchildren.

The carrot has to be survival, and we have to measure success against a radically different set of priorities designed around our children’s futures — all of them. Are we up to measuring the returns on investment against the real stakes?