As the United States approaches the start of its presidential primaries, across the Pacific another important democracy is wrapping up its campaign season: Taiwan. This Saturday, Taiwanese voters will go to the polls to choose their legislators and their president. As of this writing, polls show the incumbent president, Tsai Ing-wen of the Democratic Progressive Party (DPP), poised to handily beat her challenger, Han Kuo-yu of the Kuomintang (KMT). Voters around the world will identify easily with some of the hot-button issues, like high housing prices, wage growth, and joblessness. But there’s also another major concern that will sound uncomfortably familiar: foreign interference in Taiwan’s democracy, both on and offline.

In this case, though, the culprit isn’t Russia; it’s China. Here’s four things to know about why and how China is interfering in Taiwan’s democracy.

1) China doesn’t like Tsai Ing-wen, and it’s prepared to go to great lengths to weaken her. The Chinese Communist Party (CCP)–the one-party dictatorship that runs China–views Taiwan as a wayward province, and the CCP’s leader Xi Jinping has vowed to return Taiwan to the fold, using China’s overwhelming military power if necessary. Tsai’s DPP-led government, on the other hand, asserts that there’s no need for Taiwan to “declare” independence from China, because it’s already a de facto independent nation. The DPP has also categorically rejected Beijing’s proposal that the two sides reunify under a “one country two systems” framework, where Taiwan would become part of China, but would govern its own internal affairs using its own political system. (Polls in Taiwan also show an acute dislike for one-country two-systems.) As a result, since Tsai first won election in 2016, the CCP has gone out of its way to deny her government any legitimacy, refusing even to talk to Taiwanese government representatives. Instead, the CCP has tried to bend Taiwan’s politics to its will through other means.

2) China is probably using online disinformation to interfere in Taiwanese democracy. Tsai Ing-wen’s opponent Han Kuo-yu–who believes Taiwan should cultivate closer ties with China–vaulted to national prominence in 2018 after he unexpectedly won election as mayor of Kaoshiung, a major city in Taiwan’s south. Analysts inside and outside Taiwan noted that Han’s popularity seemed to be driven by a wave of suspicious online activity, on Facebook and other platforms popular in Taiwan. In addition to boosting Han, the disinformation often sought to portray Tsai’s government as incompetent or out of touch. Meanwhile, the people pushing it appeared to be using sophisticated, Russian-style tactics, including creating authentic-seeming accounts by buying popular Facebook accounts run by Taiwanese citizens, and saturating online discourse in Taiwan with false and divisive articles churned out by content farms based in China and other countries with large Chinese diasporas like Malaysia.

No open source analysis to date has managed to conclusively trace the disinformation campaign back to the CCP, but its scale and sophistication, the prominence of mainland-based actors within it, and the fact that the narratives pushed and the tactics used fit well within broader, preexisting CCP strategic and political warfare doctrine all strongly suggest Beijing’s involvement. Taiwanese government officials have also repeatedly claimed direct CCP involvement. After Han’s mayoral win prompted countermeasures by Facebook and other platforms, those spreading disinformation appear to have shifted gears, with YouTube emerging as a new preferred platform in this round of elections.

3) Disinformation is only part of the interference problem. China has a long history of interfering in Taiwan’s elections through a variety of means. The online push for Han Kuo-yu in 2018 was supplemented by wall-to-wall pro-Han coverage in media outlets owned by a Taiwanese company that receives substantial subsidies from the Chinese government for their operations in China, in some cases even amplifying pro-Han disinformation spreading online. In interviews with the Financial Times, journalists at the outlets said that their bosses took instructions on story angles and front page content directly from China’s Taiwan Affairs Office, the government office that coordinates China’s Taiwan policy. China also has a history of engaging in more traditional election skullduggery. Taiwanese government investigators have claimed that China buys support from religious temples and farmers associations that are influential among grassroots Taiwanese voters. During Taiwanese election seasons, mainland airlines offer discounted plane tickets to the large population of Taiwanese people living in China (on the theory that they’ll be more likely to support pro-China candidates).

4) The Tsai administration has taken action against China’s interference, but the problem is unlikely to go away. Because Beijing’s interference has been so one-sidedly in favor of the pro-China KMT, Tsai’s government had paradoxically been hesitant to act because of a fear it might be seen as a partisan political attack. But after the shock of Han’s victory in Kaoshiung, Tsai’s government has passed laws meant to limit China’s influence in Taiwan’s media and online, and has made sure government departments are positioned to rapidly refute disinformation before it can take root. It is unlikely that Beijing will stop trying to interfere in Taiwan’s democracy. China’s unpopularity in Taiwan means Beijing has to rely on wielding influence behind the scenes, and there is strong evidence that Beijing uses Taiwan as a laboratory for testing sophisticated political influence tactics that can potentially be deployed in countries such as Australia. Efforts to “win wars without fighting” through “cognitive domain operations” also appear to play a foundational role in the propaganda doctrines that shape how Beijing handles its relationships with other countries.

It’s normal for one state to try to influence the policies of another; even democracies do this all the time. But democracies generally don’t try to systemically, covertly hack other democracies’ public discourse as a matter of everyday policy. Taiwan’s democracy is worth protecting: scarcely 30 years ago it was a one-party dictatorship like China; now according to the Economist Intelligence Unit it’s the freest country in Asia, with robust press freedom and genuine respect for the rights of minority communities. Democracies around the world trying to understand what China’s rise might mean for their own politics would do well to pay very close attention to the challenges facing the democracy closest to the PRC: Taiwan. 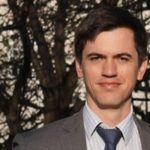 Matt Schrader is a China Analyst with the Alliance for Securing Democracy at GMF. Prior to joining GMF he was the editor of the Jamestown China Brief at the Jamestown Foundation. He worked previously at the Crumpton Group and the Global Taiwan Institute in Washington DC, prior to which he lived in Beijing for nine years, working in the finance, PR, and social enterprise spaces. Matt speaks, reads, and writes Mandarin Chinese fluently, has translated three books from Mandarin to English, and also speaks pretty decent Spanish. He holds a master’s degree from the Asian Studies program at Georgetown University’s Walsh School of Foreign Service and undergraduate degrees in international affairs and economics from The George Washington University.