In what could be a seismic ruling, the Third Circuit held that Amazon is a legally responsible seller of defective marketplace items, exposing it to potentially enormous liability. This represents the worst loss yet for Amazon over marketplace sales. However, it’s consistent with the long-term jurisprudential arc against online marketplaces. Rulings like this highlight the endangered status of online marketplaces, something that might in the future look like a quaint artifact of the early 21st century.

The plaintiff bought a defective dog leash via Amazon’s marketplace, which caused her personal injuries. No one can find the marketplace vendor, “The Furry Gang.” The central question is whether Amazon is the “seller” of the leash. The court applies Pennsylvania state law.

Strict Products Liability. The majority concludes that Amazon is strictly liable for the goods sold by its vendors. The Pennsylvania Supreme Court defined a four factor test for determining when someone is a seller. The majority weighs all of these factors against Amazon.

(1) Whether the actor is the “only member of the marketing chain available to the injured plaintiff for redress.” No one can find The Furry Gang, but the majority’s real concern is that “Amazon enables third-party vendors such as The Furry Gang to structure and/or conceal themselves from liability altogether.” In other suits against Amazon, the marketplace manufacturer can’t be found, but the majority doesn’t discuss the traceability of the dog leash manufacturer. That seems like an important angle. Nevertheless, the majority says Amazon’s the only one around to sue.

(2) Whether “imposition of strict liability upon the [actor] serves as an incentive to safety.” The majority says strict liability will give Amazon an incentive toward safety because “Amazon exerts substantial control over third-party vendors.” [You surely recall that the Second Circuit’s Viacom v. YouTube ruling defined willful blindness using the phrase “exert substantial influence” in the DMCA context]. The majority says this control comes from Amazon’s contract with vendors, which reserves Amazon’s right to drop vendors or their products or stop paying at its convenience. Thus, “Amazon is fully capable, in its sole discretion, of removing unsafe products from its website. Imposing strict liability upon Amazon would be an incentive to do so.” Yes, this is the same issue that came up in the DMCA litigation from the 1990s whether contractual reservations of rights are tantamount to control. This is an exceptionally old-school conclusion to reach in 2019.

In a footnote, the majority adds: “We do not believe that Pennsylvania law shields a company from strict liability simply because it adheres to a business model that fails to prioritize consumer safety.”

(3) Whether the actor is “in a better position than the consumer to prevent the circulation of defective products.” I have no clue what the majority is saying, so I’ll just quote it:

Amazon is uniquely positioned to receive reports of defective products, which in turn can lead to such products being removed from circulation. Amazon’s website, which Amazon in its sole discretion has the right to manage, serves as the public-facing forum for products listed by third-party vendors. In its contract with third-party vendors, Amazon already retains the ability to collect customer feedback: “We may use mechanisms that rate, or allow shoppers to rate, Your Products and your performance as a seller and Amazon may make these ratings and feedback publicly available.” Third-party vendors, on the other hand, are ill-equipped to fulfill this function, because Amazon specifically curtails the channels that third-party vendors may use to communicate with customers: “[Y]ou may only use tools and methods that we designate to communicate with Amazon site users regarding Your Transactions . . ..”

I don’t expect this kind of misinterpretation of Amazon’s contract to come from federal appellate judges. Is the majority really saying that Amazon can prevent the circulation of defective products because it has star ratings of vendors and products? This case is about strict liability, not negligence, so it wouldn’t matter if Amazon never got any ratings or reports suggesting that the dog leash had a problem; but boy, that seems relevant. Even if the star ratings of the vendor and the dog leash were 5 stars, the strict liability doctrine would still hold Amazon responsible for defective goods. What??? This sounds like the kind of legal standard we might apply to inherently dangerous products like fireworks, not dog leashes.

The last portion seems flat-out wrong. Amazon requires vendors and consumers to talk via onsite tools, instead of out-of-band communications like email, yet the majority says this means vendors aren’t likely to find out about defective products. Huh? The consumers can pass along feedback to merchants through Amazon’s on-site messaging tools.

In a footnote, the majority reiterates that it really doesn’t like that Amazon’s contract gave it discretion to terminate vendors: “Imposing strict liability on Amazon will ensure that the company uses this relative position of power to eject sellers who have been determined to be selling defective goods.” Just a reminder that even if Amazon “ejects” bad sellers after-the-fact, the majority says Amazon can be strictly liable for all sales before the ejection.

(4) Whether “[t]he [actor] can distribute the cost of compensating for injuries resulting from defects by charging for it in his business, i.e., by adjustment of the rental terms.” Amazon’s vendor contract has an indemnity provision, so the court says it can pass the costs back to vendors. I think we may need judicial education on the value (or lack thereof) of indemnity clauses in contracts. The majority also says Amazon can just take a bigger share of the vendors’ revenue. You can hear millions of Amazon vendors screaming at the 3rd Circuit: PLEASE, NOOOOOO! The majority also says “had there been an incentive for Amazon to keep track of its third-party vendors, it might have done so.”

Evaluating a different test, the majority says it’s not enough that Amazon doesn’t take title to the vendors’ goods. “Amazon not only accepts orders and arranges for product shipments, but it also exerts substantial market control over product sales by restricting product pricing, customer service, and communications with customers.”

The dissent agrees with none of this. It’s a strong opinion, and I commend it to you. The dissent summarizes: “In nearly all cases, “selling” entails something Amazon does not do for Marketplace products: transferring ownership, or a different kind of legal right to possession, from the seller to the customer. Thus, in Pennsylvania, sellers include traditional wholesalers and retailers, as well as those who supply a product through a transaction other than a sale….Amazon Marketplace does not offer the co-strategizing relationship promised by manufacturers’ representatives. Amazon Marketplace is not an outsourced sales force working with individual manufacturers to boost sales: it offers a marketing platform, and it is up to the third-party seller to make best use of the platform to maximize sales.”

Section 230. The majority says that “to the extent that Oberdorf’s negligence and strict liability claims rely on Amazon’s role as an actor in the sales process, they are not barred by the CDA. However, to the extent that Oberdorf is alleging that Amazon failed to provide or to edit adequate warnings regarding the use of the dog collar, we conclude that that activity falls within the publisher’s editorial function. That is, Amazon failed to add necessary information to content of the website. For that reason, these failure to warn claims are barred by the CDA.”  The dissent agrees with the Section 230 discussion.

Next Steps. This is a great case for en banc review. The majority and dissent really didn’t agree, plus the legal implications of this case are potentially enormous. Worse, the Third Circuit interpreted issues that are deeply rooted in state law, instead of certifying questions to the Pennsylvania Supreme Court. I wonder if the panel judges discussed and rejected certifying the question. Perhaps an en banc review will decide that’s the better course of action.

What is a Seller? This is a terrible ruling for Amazon, but who else will it affect? I have no idea. First, the court distinguishes Fox v. Amazon (a 6th Circuit ruling saying Amazon wasn’t the seller) because the applicable Tennessee statutes was worded differently than Pennsylvania’s. That seems to suggest state-by-state variations, with the resulting legal anarchy and plaintiff forum-shopping. That lays the foundation for a possible Supreme Court review.

Second, the majority bent the four “seller” factors a fair amount. Was it because of Amazon-specific facts, or would other courts similarly bend the factors to other marketplaces? So much of the majority’s ruling seemed to turn on Amazon’s insufficient policing/verification of vendors plus a tendentious and uncharitable reading of Amazon’s vendor contract. Perhaps other marketplaces take more steps to accredit vendors or at least don’t exercise control over so many pieces of the sales experience. However, virtually every marketplace will have similar terms in their vendor contracts. If the contractual and technical power to police the marketplace leads to strict liability for insufficient policing, every marketplace is possibly screwed.

Are We at the End of Online Marketplaces? After the district court ruling in Airbnb v. San Francisco, I wrote that “Section 230 Ruling Against Airbnb Puts All Online Marketplaces At Risk.” That’s because the court said that regulators could impose unrestricted legal conditions on “booking transactions,” even if Section 230 protects the predicate content publications before the transactions. The opinion doesn’t cite the Airbnb line of cases, but it reaches a virtually identical result. Because Amazon is the “seller” (and exposed to strict liability, no less), Section 230 doesn’t apply to the sale of goods; though it still protects the predicate content publication. So that means Amazon’s conduct as a seller, just like Airbnb’s booking of transactions, is eligible for regulators to impose unrestricted legal conditions. With that power, you know that regulators will cook up some crazy stuff. If this ruling establishes that it’s open season on online marketplaces, online marketplaces can’t withstand the current liability exposure or the onslaught of new rules inevitably coming for them. 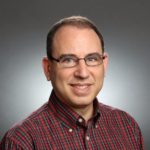