If we have learned anything from the COVID-19 pandemic, it is the importance of a united front from government. This is especially true of the United States’ position on 5G, which requires government agencies to reevaluate how they currently use spectrum to accommodate the imminent tsunami of new Internet of Things (IoT) devices. The Federal Communications Commission (FCC) has made significant strides to open up more spectrum bands intended to strengthen our 5G networks, but other federal agencies continue to inhibit new spectrum allocations, undoing the FCC’s progress on that front. Now, more than ever, government leaders need to coordinate with each other to advance the expeditious deployment of 5G.  These networks will be essential to our economic recovery after markets begin to reopen and will contribute to the economy’s long-term success afterwards.

Coordination is hard when multiple agencies have various forms of jurisdictions over a particular resource, and spectrum is not exempt. However, it becomes untenable when full interagency cooperation is lacking. Unfortunately, that has been a recurring theme the FCC has run into when proffering meaningful policy to open up valuable spectrum. For example, the FCC faced unprecedented pushback from the National Oceanic and Atmospheric Administration (NOAA) when conducting its Spectrum Frontiers auction and the Department of Defense (DoD) when granting Ligado’s application. Keep in mind, all are within the same administration.

Although separate issues, both agencies made almost identical interference claims when challenging the agency. The day before the Spectrum Frontiers auction, NOAA rolled out a “parade of horribles,” claiming that auctioning off 24 GHz of spectrum to carriers would significantly impact its ability to track storms, which could result in lives lost. There are some problems here. Most weather data is collected over the ocean miles away from any commercial use. Additionally, NOAA pointed to a faulty study that revealed that some commercial uses interfered with a satellite that it does not use. Several other relevant agencies disagreed with NOAA’s assessment, including the Department of State and the White House Office of Science and Technology. None of these factors stopped NOAA from making these claims. Thankfully, the FCC moved forward with the auction, and we are already seeing carriers add density to their networks and more competition to the mobile marketplace at large.

NOAA’s actions may have been thwarted, but the DoD’s still linger. When the FCC unanimously granted Ligado’s application to modify its license to provide 5G and IoT services, the DoD claimed that Ligado’s modified use would harm its GPS systems. However, even before the FCC granted its application, Ligado had amended its application in response to the DoD’s concern, and the FCC placed several restrictions on Ligado when granting its application. The DoD’s complaints stalled this proceeding for several years, resulting in the American public having been denied a new competitor and potential innovative IoT services.

The FCC does not allot spectrum arbitrarily or haphazardly. Congress designated the FCC as the expert agency to determine spectrum allocation. The FCC has been protecting incumbents from interference since 1934. No matter the FCC action, its army of engineers painstakingly evaluates the effect the grant may have on incumbents (public or private), and its impact on the spectrum market at large. This fact, along with a lengthy notice-and-comment procedure, provides stakeholders with enough resources to express their concerns to the FCC so as to ensure their interests are protected.

So why then do these government agencies continue to create roadblocks against the FCC even with safeguards in place? Simply put, government agencies have a hard time sharing spectrum. To claim interference is a technical concern which requires technical solutions to cure. Instead, it engages in rhetoric that confuses the issue into one more political. In the FCC proceedings described above, the FCC went out of its way to implement necessary buffers to assure all can use their spectrum without harming others.

To be competitive in the race to 5G, the U.S. must rely on and support its expert agency – the FCC. If other agencies continue to fight the FCC on spectrum in this way, the U.S. will be forced to fall behind. 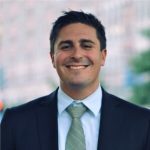