Over the course of the summer, Congress had an opportunity to provide state-level funding for enhancing election security measures ahead of the upcoming midterm elections. Unfortunately, legislation for such funding failed to pass in both chambers. Senate Republicans, buoyed by a White House that has done very little securing our election processes from foreign intervention, shot down the $250 million destined for the Federal Election Assistance Commission (EAC).

Given our recent history and ongoing issues with foreign interference in our elections, such funding allocated for increasing cybersecurity efforts and replacing outdated voting machinery should have passed with bipartisan support. After all, in January of last year, the U.S. intelligence community unanimously concluded that Russia interfered throughout the 2016 election season in order to help then-candidate Trump. The Russia propaganda scheme (carried out by Russian agents and entities who have since been indicted by Special Counsel Robert Mueller) included thousands of political ads on Facebook that reached a total of 126 million users, as well as 1.4 million tweets on Twitter and 1,100 videos on YouTube containing Russia-linked content. Moscow also hacked more than 20 U.S. state election systems, ultimately compromising 7 of them to include gaining access to the states’ voter registration databases. While no evidence has yet emerged that vote tallies or voter information were manipulated, Russia was undoubtedly “in a position” to do so, according to the bipartisan conclusion of the Senate Intelligence Committee.

This threat posed by the Russian government has continued to the present day, as Director of National Intelligence Dan Coats just recently emphasized, saying, “The warning signs are there. The system is blinking.” Coats’ statement echoes his previous testimony in February during a hearing with the Senate Intelligence Committee. Testifying alongside the fellow intelligence community leadership—the Directors of the Central Intelligence Agency, Federal Bureau of Investigation, National Security Agency, Defense Intelligence Agency, and National Geospatial Intelligence Agency—he informed the committee that “there should be no doubt” that Russia views its interference efforts in 2016 as successful and sees the 2018 midterms as its next target. This reality became even clearer when, in June, Senator Claire McCaskill (D-MO) stated that Russian hackers targeted her Senate computer network. According to Microsoft, Senator McCaskill was one of three candidates targeted by Moscow, though Microsoft successfully thwarted all attempted attacks. News of these attacks came just a few weeks after the special counsel indicted 12 Russian agents who are all members of GRU, Russia’s military intelligence agency, for interference in 2016.

Despite clear evidence of Russia’s malicious actions in 2016 and continued efforts ahead of the November midterms, President Trump has remained doubtful. For instance, in Helsinki in July, the president stood beside Russian President Vladimir Putin and said that he did not see why it would have been Russia who interfered in 2016. Afterwards, the White House argued that President Trump was misunderstood, as they did again when he wrongly said that Russia was no longer attempting to interfere in our elections—however, this was far from the only time he had expressed doubt, often on the international stage, in the U.S. intelligence community’s unanimous findings. In the end, the president’s remarks in Helsinki prompted Coats to have to once more to re-emphasize the current threat from Russia: “We continue to see a pervasive messaging campaign by Russia to try to weaken and divide the United States,” he said during a press conference at the beginning of August.

Given the president’s decision to ignore Moscow’s confirmed election interference in 2016 and neglect to act—as previously confirmed by former Director of the National Security Agency Mike Rogers—to deter future aggression, it perhaps came as little surprise that congressional Republicans voted against funding that would repair, update, and secure our election systems for the upcoming elections. It should be noted that, in March, Congress did pass a funding bill that included $380 million for states to, for example, purchase more secure machines, conduct audits, and improve election cybersecurity training. Yet in August, congressional efforts to provide further funding as requested by some states failed: In the Senate, Republicans shot down an amendment to provide an additional $250 million to the EAC, and in the House, Republicans blocked an effort to provide an additional $380 million in election security support. The failed Senate amendment is particularly egregious, as it would have provided funds for the 2019 fiscal cycle that started on the first of October.

This funding would have been crucial in establishing sufficient funds for states to take steps to update and secure their respective election systems—steps that require immediate action given that there are currently five states (Georgia, Delaware, Louisiana, New Jersey, and South Carolina) that rely on paperless electronic voting computers, which top cybersecurity experts say are a serious vulnerability. Plus, as mentioned above, in 2016, Russia succeeded in hacking more than 20 U.S. state election systems and compromising 7 of them; this alone should have ensured full, bipartisan support for bolstering election security efforts.

Now, the midterms are upon us without having seen any serious revamp of proven vulnerable state election systems. In Georgia, voting rights advocates who pushed for using paper ballots instead of the vulnerable electronic voting machines in November ended up losing their case, but only because U.S. District Judge Amy Totenberg said changing systems this close to election day would cause “massive scrambling.” In her ruling, the judge demanded that, moving forward, state officials must not “demean as paranoia the research-based findings of national cybersecurity engineers and experts in the field of elections” and instead move quickly to tackle “the challenges before the state’s election balloting system.”

Judge Totenberg’s call for threats to election security to be fully confronted and handled should resonate beyond Georgia to all states, which requires that Congress also step up to provide states with sufficient funding and resources to meet and counteract these threats. This remains a crucial bipartisan issue. The foreign interference to date has helped the Republican Party, but there is no guarantee that they will be the beneficiaries forever. Any effort to attack the sovereignty of our nation by way of interfering in the sacred right to vote should alarm Americans of all political stripes, and that alarm must be translated into action. Whether at the local, state, or national level, Americans deserve to trust that, on election day, only they and their fellow countrymen and women choose who leads our nation forward. When we see the blinking light, we must act to alleviate the problem, or we risk irrevocable harm to the entirety of the system. 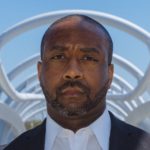 By Daniel Kreiss and Bridget Barrett 2 years ago