If you’ve been following the news on election security, you know there is a lot to be concerned about. Problems abound, from Iowa’s malfunctioning reporting app to Senate Majority Leader Mitch McConnell’s determined obstruction of desperately needed election security reform.

But separate from ongoing congressional and state hurdles, at least one federal agency is moving to secure the vote.

The group that advanced the internet-free standard is the EAC’s Technical Guidelines Development Committee. The committee is made up of election officials and experts on voting access and technology, and they are charged with drafting our national Voluntary Voting System Guidelines (VVSG)

The committee proposed updated guidelines that include a ban on internet connectivity in voting machines and the systems that program those voting machines. The guidelines must next undergo a review and public comment process that is expected to take until the fall. So far, comments have been overwhelmingly in favor of a ban.

If the proposed guidelines are made final, this will be the first update of U.S. voting system standards since 2005, back when MySpace was the most visited social site on the web and Twitter and iPhones didn’t exist yet.

How the Voluntary Voting System Guidelines Do (or Don’t) Work:

Right now, states and localities can impose any voting system they want on voters, even if that system is vulnerable to hacks and errors.

Voting systems are not regulated nationally, but vendors tend to follow the official Voting System Guidelines when required by states to do so.

The weakness of this voluntary system is one reason advocates support comprehensive reform. But thankfully, enough states follow the guidelines set forth by the EAC that voting system vendors build their standard products around them.

The Voluntary Voting System Guidelines 2.0 that the committee greenlighted this month are robust when it comes to security. Better yet, thanks to tens of thousands of people organized by Public Citizen in collaboration with Common Cause, National Election Defense Coalition and FreedomWorks, they include a ban on internet in voting systems.

Banning internet connectivity is a key minimum requirement to protect the integrity of our elections.

Internet connectivity in current voting systems serves mostly to increase the convenience for election administrators in reporting results, but it introduces a higher risk of hacks. Such hacking can be nearly impossible to detect and could permanently damage our democracy.

The proposed ban on internet connectivity in the voting guidelines and a requirement that voters and election officials must be able to verify election results in event of a hack or error shows an encouraging shift in focus towards security.

The public will have a chance to comment on the new voting system guidelines this summer before the EAC takes a final vote.

In the meantime, millions of dollars of federal election security funding is making its way to U.S. states and territories for new voting machines, rigorous post election audits to detect and correct hacks and errors, emergency planning and IT support for election officials.

The nonpartisan coalition Secure Our Vote provides a way for you to tell your state and local officials how you want the federal dollars spent and to remind them not to buy internet connected voting machines with the funds.

With new voting system standards in the works, internet-connected voting machines could become a thing of the past, but there’s much more to do to secure the vote.

Aquene Freechild is the Co-Director of Public Citizen’s Democracy Is For People Program and is a co-founder of the Secure Our Vote coalition. 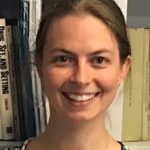 Aquene Freechild co-leads Public Citizen’s work building a broad movement to get money out of politics and ensure that everyone’s vote counts. She also leads Public Citizen’s advocacy work on election security and holding voting system vendors accountable for ensuring machines are safe from hackers. She co-founded the Secure Our Vote coalition, which works on the state and local level to encourage election officials to secure the vote and allow for recovery should a computer error or hack occur.

Freechild also works to overturn the U.S. Supreme Court’s 2010 Citizens United ruling, which opened the floodgates to corporate spending in elections. She led Public Citizen’s successful campaigns in Vermont, New Jersey, Illinois, Delaware and Washington states formally calling for a constitutional amendment to overturn Citizens United. She also led Public Citizen’s outreach effort to build a broad consensus among nonprofits and membership organizations that a constitutional amendment is the necessary remedy for unbridled spending in elections. With local partners, she led the 2018 passage of the D.C. Fair Elections Act, the District of Columbia’s first small-donor matching campaign finance program.