The stance tech employees take could have a crucial impact on the 2020 digital campaigns.

“Mark is wrong and I will endeavor in the loudest possible way to change his mind.”

These words—written by Ryan Freitas, director of product design at Facebook—represent his discontent with Mark Zuckerberg’s decision to “enable as much expression as possible” with respect to President Trump’s rhetoric about the protests sweeping the United States and the globe. Freitas is not alone. Many other employees at Facebook, and others working in the tech industry, have been vocal and produced rare, outspoken criticism about the official policies of their companies in regard to the issues surrounding the continuing protests: racism, police brutality, and Trump’s controversial statements.

There might a tendency to view technology, and even tech companies themselves, as a combination of hardware, software, and code. However, behind those are humans with values, beliefs, and consciences. When issues at the core of American society and culture rise and burst into the streets, even those who usually do not take a political side can feel that enough is enough. As a movement forms and even just a few brave people stand up to power, many often follow as the protest becomes both legitimate and powerful.  That is what is happening within major tech companies right now—and it’s unusual, and important.

Tech response to national protests is expressed in different ways. Twitter’s direct intervention and labeling President Trump’s Tweets as “manipulated media” can be seen as most significant since it is a firm, continuous policy and perhaps since it paved the way to other companies to act similarly. Facebook’s response to controversial content was much more hesitant. As mentioned before, Mark Zuckerberg initially decided not to intervene and only offered users to decide if they want to block political ads. Following pressure from staff and users, Facebook went further and announced it will donate 200M $ to support black own businesses, added the “Lift Black Voices” app to highlight stories from black people. On June 18th Facebook finally did the unthinkable and removed ads and posts by TeamTrump since they “violated our policy against organized hate”

Other companies such as Pinterest and Reddit decided to diversify its management with non-white board members, while IBM. Amazon and Microsoft announced they will not sell face recognition technologies to the police.

Beyond the direct impact of employee criticism on companies’ policies amid the current protests, there might be an even bigger impact on the upcoming 2020 presidential elections.  There can be no doubt that digital campaigns are a major tool in pushing political agendas today, with Trump himself commenting that “I doubt I would be here if it weren’t for social media, to be honest with you.”  The role of tech employees within the digital campaigns can influence digital campaigns in several ways.

First, pressure from employees can push management to take direct action about ads’ content or advertisers . An excellent example would be Snapchat’s decision not to promote Trump’s content on its app. Such policies could be seen as controversial among certain groups of users.  But when public opinion tilts sharply toward rejecting the type of digital content Trump has been generating lately, it will make it easier for the company to heed their employees’ demands—and perhaps even gain more respect and appreciation from the public by doing so.

Second, employees can decide to join or not to join 2020 campaigns as “embeds.” During the 2016 election cycle, Trump’s campaign was assisted with embeds from Facebook, Google and Twitter, while Clinton’s campaign wasn’t.  The willingness to serve directly a campaign like Trump’s or Biden’s may well change this cycle.

Third, employees can decide to become whistleblowers and expose controversial policies and, moreover, unethical conduct in the companies. Christopher Willey, who worked for Cambridge Analytica and decided to speak out about its improper handling of Facebook data, had a big influence in ratcheting up the outcry against Facebook’s role in the 2016 election cycle.  Other whistleblowers can have a similar impact, especially if they speak out sooner.

Finally, tech employees themselves could be considered digital influencers of a sort. Public expressions of political support or criticism, now likely to be taken especially seriously given the recognition of tech companies’ role in our political discourse, could strengthen emerging views, or perhaps even shift public views and voting behaviors.

There has been a lot of discussion about the disproportionate power of tech giants. Efforts to address that power have focused so far on regulation and political pressure. The recent actions of tech employees might suggest that the biggest weakness and biggest strength of big tech companies lays within them – the beliefs and values of their employees. They are, it seems, beginning to find their voice.

Arik Segal is the founder of Conntix. He lectures about digital political campaigns at the Interdisciplinary Center Herzliya, Israel 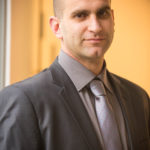 Arik Segal is an international mediator and educator who specializes in the application of technologies in innovative dialogue structures. He established “Conntix” – a consultancy that aims to connect people through innovation and technology and serves as the technology and innovation adviser for Mitvim institute for regional foreign policies.
Among his projects are digital campaigns that fight fake news and misinformation through educational ads and gaming. In addition, Arik is currently developing a first of its kind artificial intelligence application in conflict resolution that aims to improve online conversations and engages projects that explore the use of virtual and augmented reality in peacebuilding processes.
Arik is a lecturer at the Interdisciplinary Center in Herzliya and teaches about: innovative conflict resolution, innovative public diplomacy and digital political campaigns. He teaches about PeaceTech various programs such as the Rotary Peace Fellowship and gives guest lectures on international institutions such as Harvard Kennedy School. Arik established the “Young Professionals in Foreign Policy-Tel Aviv” group and regularly publishes op-eds in various local and international platforms. He is US State Dept. international exchange alumni and a graduate of the International academy for leadership in Gummersbach, Germany.
Born in Canada and raised in Israel, he holds an HBA in International Relations from the University of Toronto and a Masters’ degree from Tel Aviv University in Diplomacy Studies, as well as a Mediator’s certificate from Gevim Group.