The following is a summary of an essay by Mary Anne Franks and Ari Waldman, recently published in the Maryland Law Review (78 Md. L. Rev. 892)

We hear the same arguments repeated regularly: We have to tolerate hateful, dangerous, and false and misleading speech because it is the price we pay for a free society. The best medicine for bad speech is more good speech. And, the argument continues, even reasonable limits on the right to speak end up hurting marginalized populations the most.

These arguments are foundational theories of liberal free speech discourse today. But there is very little actual evidence to support them. A laissez-faire approach to speech does not mean that a true diversity of voices will emerge; it most often means that the guy with the loudest megaphone wins. And that guy is usually white, wealthy, and straight. When Twitter refuses to limit misogynistic, harassing, and hateful speech on its platform, women leave in droves. When an online social space is awash with homophobia, anti-transgender screeds, and death threats, queer people vanish. When platforms push out fake news in their endless search for engagement, they harden biases and prejudices.

In other words, some of the foundational assumptions of liberal free speech discourse are really “free speech delusions.” Whatever merit they may have had in the past, they are untenable and defeatist in the digital age. Unlimited free speech rights – the apotheosis of the libertarian ideal – go hand in hand with oppression, insecurity, and the erosion of democracy.

Consider, for example, the new problem of deepfakes. “Deepfakes,” a portmanteau of “deep-learning” and “fake,” are audio or visual material digitally manipulated to make it appear that a person is saying or doing something that she has not in reality said or done. Deep fake technology leverages machine-learning algorithms to create highly realistic impersonations from images or audio recordings of actual people. Deepfakes are a new manifestation of a very old problem: the deliberate use of falsehoods to cause harm to individuals or public order. The primary targets of disinformation have always been the most vulnerable members of society.   From blood libel to the PizzaGate conspiracy theory, the reckless promotion of false information has fueled bigotry and violence. Disinformation need not even be particularly sophisticated to inflict harm: consider the “cheapfake” of Nancy Pelosi appearing to slur her speech, or crudely photoshopped images of New York Congressman Alexandria Ocasio-Cortez’s face onto pornographic depictions, or the image of gun safety advocate Emma Gonzalez manipulated to make it appear that she is tearing up the Constitution.

It is no accident that deepfakes began as a form of nonconsensual pornography. Women are the canaries in the coal mine for many social harms; they are often the first targets of harmful technology. As a sophisticated form of disinformation, deepfakes pose great harm to women and other marginalized populations.

They also pose insurmountable challenges for the liberal conventional wisdom around free speech.

Civil libertarians tell us that law shouldn’t do anything about deepfakes, because the only answer to bad speech is more and better speech in a deregulated “marketplace of ideas.”

We find this argument unpersuasive. The “marketplace of ideas” metaphor, first developed by liberal philosophers John Milton (in 1644) and John Stuart Mill (in 1859), was brought into American law by the Supreme Court Justice Oliver Wendell Holmes dissenting in a 1919 case upholding the criminal convictions of dissidents against American involved in World War. Don’t ban their radical, even traitorous speech, he said; fight it head on. And let the people decide if they’re going to be persuaded by their radical ideas.

But deepfakes and other forms of disinformation are not dissident ideas distributed by leaflet from apartment building windows. They are outright lies spread to billions of people in one click. What’s more, a market for the best ideas doesn’t work. Truthful speech often gets drowned out by fake, misleading, or bad content. Attempts to correct the record don’t work, especially when the falsehoods confirm our prejudices. On a more basic level, it is difficult to imagine a “good speech” response to synthetic sexual content. “It wasn’t me” is a weak marketplace entrant when your harasser has a graphic representation of you that is virtually indistinguishable from a real pornographic video. In other words, certain forms of speech are unanswerable..

When the marketplace metaphor proves unavailing, civil libertarians often turn to history, arguing that the speech limitations have always been used to keep marginalized populations down. Even well-intentioned restrictions, the argument goes, will end up hurting the people we most want to protect. But if the evil to be avoided is the suppression of marginalized voices, then history also shows us that a failure to regulate presents at least as much of a threat to that speech as regulation does. And while it is certainly true that government can wield the power of regulation to silence and oppress dissident voices, it is also true that speech regulation has the power to promote rather than stifle speech.

Consider longstanding restrictions on the dissemination of private information, including attorney-client privilege and the protection of medical records. These regulations inhibit speech in many ways, but they also foster speech. The same logic applies to the protection of other forms of sensitive information, such as sexually explicit photos and videos. It is certainly possible to create well-crafted policies that criminalize nonconsensual pornography. In fact, one of us has spent much of her career drafting legislation and working with policymakers to do just that. There is no reason why the same cannot be done for harmful deepfakes.

The problem of deepfakes exposes the limitations of conventional free speech discourse and the civil libertarian position.  Though civil libertarianism is often associated with liberal, progressive values, kneejerk resistance to regulation is inherently a conservative position that valorizes the status quo. When the free speech status quo is dominated by fraudulent, unanswerable, oppressive speech, failing to act means siding with the oppressor. 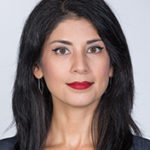 Mary Anne Franks, is a Professor of Law and Dean’s Distinguished Scholar, teaches criminal law, criminal procedure, First Amendment law, Second Amendment law, family law, and Law, Policy, and Technology at the University of Miami School of Law. Professor Franks is also an Affiliated Faculty member of the University of Miami Department of Philosophy. She also serves as the President and Legislative & Tech Policy Director of the Cyber Civil Rights Initiative, a nonprofit organization dedicated to combating online abuse and discrimination.

Professor Franks is the author of The Cult of the Constitution: Our Deadly Devotion to Guns and Free Speech (Stanford Press, 2019). Her scholarship has appeared in the Harvard Law Review, California Law Review, and UCLA Law Review, among others. She has also authored numerous articles for the popular press, including the Atlantic, the Guardian, and TIME Magazine. Professor Franks has delivered more than a hundred lectures to a range of audiences in the U.S. and internationally, including law schools, domestic violence organizations, law firms, and tech companies. Professor Franks was named a member of the American Law Institute in October 2018 and is an Affiliate Fellow of the Yale Law School Information Society Project (ISP).

Professor Franks holds a J.D. from Harvard Law School and a doctorate and master’s degree from Oxford University, where she studied as a Rhodes Scholar. Dr. Franks previously taught at the University of Chicago Law School as a Bigelow Fellow and Lecturer in Law and at Harvard University as a lecturer in social studies and philosophy.