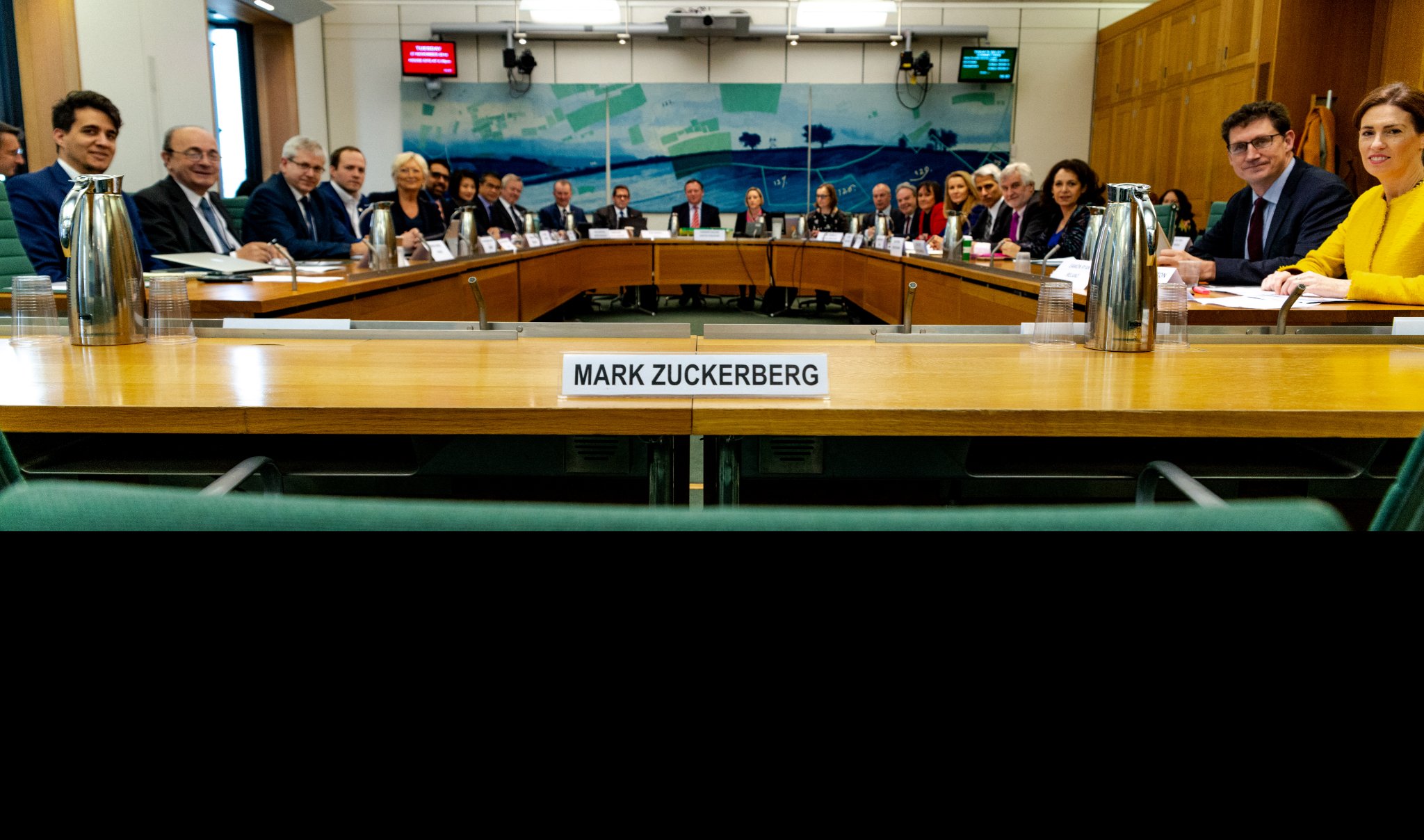 Here are the stories we are following today:

A Facebook representative is representing the company in a hearing in front of lawmakers from nine Parliaments around the world representing some 400 million people. Mark Zuckerberg failed to answer the invitation, and an empty seat was left for him. The questions this morning have ranged from fake news and misinformation to Facebook’s efforts to regulate political advertising, with lawmakers asking pointed questions about API access to external developers, Facebook’s role in genocide and other disasters, and what and when executives knew about various scandals.

Dani Rodrik asks whether technology will help or harm developing countries in Global Policy. She argues “for technology to make a real and sustained contribution to development, it must not only provide better and cheaper products; it must also lead to more higher-paying jobs. In other words, it must help poor people in their role as producers as well as consumers.”

danah boyd has published a blog post arguing that we need more robust systems to ask ethical questions about the implications of AI. “When we consider the ethical dimensions of AI deployments, in nearly every instance the imagined capacity of a technology does not match up with current reality. As a result, public conversations about ethics and AI often focus on hypothetical extremes, like whether or not an AI system might kill someone, rather than current ethical dilemmas that need to be faced here and now.”

The US Supreme Court is considering whether to let a class action lawsuit over iPhone apps to advance. A decision in the case is expected in June.