Accurate reporting is vital during a crisis. Republicans and Democrats must work together to ensure local news services don’t go dark.

The COVID-19 pandemic has become an economic disaster.  Just this morning, the International Monetary Fund’s Chief Economist Gita Gopinath warned that “it is very likely that this year the global economy will experience its worst recession since the Great Depression.”

Unfortunately for local news providers, this economic crash is arriving at the worst possible moment, like getting hit by a tsunami after an earthquake.

The damage in the local news industry right now is stunning.  On Friday, the New York Times reported that an estimated 28,000 workers at news companies in the U.S. have been laid off, furloughed or had their pay reduced since the coronavirus crisis began.  News providers everywhere are cutting back on reporting and laying off staff, from Sacramento to Seattle, Tampa to Pittsburgh.  Gannet, a media conglomerate that publishes hundreds of newspapers in nearly every state, announced company-wide layoffs and furloughs this week as part of a necessary “collective sacrifice.”  Tribune, another major publisher, announced sweeping pay cuts.  And McClatchy which operates about 30 newspapers, is also furloughing over 100 employees, coming right after the company filed for bankruptcy in February.

If you follow trends in the local news landscape, this kind of news all sounds depressingly familiar.  Research from the University of North Carolina suggests that more than 2,000 local newspapers shut down in the last 15 years.  Over 65 million Americans already live in “news deserts,” places with just one local paper or none at all.  Most local outlets were barely getting by before this crisis, relying on ever-declining ad revenue and local business sponsorships.  Those sources of income have all but evaporated as the current wave of economic fallout is just beginning to crest.

Ken Doctor, a news industry analyst at Harvard’s Nieman Lab, says that the consensus among news industry executives is that “daily publishers will lose between 30 and 50 percent of their total ad revenue.”  For many local publishers who don’t have diversified income sources or who serve communities with already frail economies, those numbers will be much worse.

Even non-commercial public radio and television stations are facing harsh income losses, even as many are providing dedicated educational programming for kids out of school— a vital service for families without good internet access.  Tim Olson, an executive at KQED which serves the Bay Area, noted that his and other major stations “have almost all cancelled their on-air pledge drives in order to continue uninterrupted coverage of COVID-19.”  Public media in the U.S. (already massively underfunded compared to other major democracies) relies heavily on individual donations from listeners.  These organizations are now putting public service first, but it will cost them.

Everywhere, people are trying to figure out how to protect themselves and their families from a pandemic that has upended everyday life and could result in hundreds of thousands of deaths.  How many cases have been counted in my town?  In my parents’ town? At my kid’s college?  Is there testing available nearby?  Is our town’s hospital prepared?  How should we get food and supplies?  What are my local officials saying?  What happens next?  The questions are endless and the answers change every day.  For many Americans it’s not an overstatement to say timely, factual information could mean the difference between life and death ⁠— particularly in a pandemic when collective behavior matters most.

But this is ultimately so much bigger than COVID-19.  A cataclysm for local media providers will cost the rest of society well past our current crisis.  Beyond simply providing people with critical information, disease experts and public officials also rely on local news to understand health crises.  When there was a massive mumps outbreak in Arkansas in 2016, researchers who were trying to understand what happened relied on reporting by the local paper, the Northwest Arkansas Democrat-Gazette to help uncover low vaccination rates and identify vulnerable populations, ultimately to help public health officials prevent further outbreaks. (The same paper laid off 27 staff in 2017 in order to stay profitable).

The fallout for society will stretch further still.  As media expert Josh Stearns has pointed out, there is a wealth of research showing how declining local news leads to less informed voters, but also less engaged politicians, declines in voting and in civic engagement overall. The disappearance of community news outlets erodes social cohesion and leads to increased political polarization.  When no one is around to do real investigative journalism, or even just show up to public meetings and hearings, there is increased government waste, less government innovation, worse environmental conditions, and the loss of countless other economic benefits news coverage can bring to a community.  It is for all of these reasons and more that a free press is fundamentally a public good ⁠— something we all rely on with benefits far beyond commercial value.

One proposal by Craig Aaron, the CEO of the advocacy group Free Press, outlines the following potential actions to address this crisis: 1) Doubling federal funding for public media, going well beyond the small boost the CPB received in the first stimulus package to ensure these services can deliver; 2) Emergency relief for private news outlets hemorrhaging money and staff, and; 3) The establishment of a “First Amendment Fund” to revitalize America’s already anemic local news sector and invest in a new generation of digital-first reporting outlets.  Another proposal by Steven Waldman and Charles Sennott calls for Congress to launch a massive public health information campaign that could buy millions worth in ads through local news outlets, two birds one stone.  Yet another proposal comes from several media industry associations requesting the United States Postal Service to reduce mailing costs for businesses, including news publishers, that rely on them for distribution.  This could all be paid for by taxing the ad revenues of major tech companies ⁠— the very entities that have drained precious revenue away from local news while “charitably” giving back scraps.

And for those wary of a government intervention to support local news, putting aside the fact that every other major democratic nation spends far more than the U.S. to fund public media services and are somehow not yet fascist propaganda states, the Founding Fathers would have also argued that this intervention is necessary.  Under George Washington, the federal government enacted federal subsidies for newspaper distribution, a cause argued for by James Madison who said, rather forebodingly, “A popular Government, without popular information, or the means of acquiring it, is but a Prologue to a Farce or a Tragedy; or, perhaps both.”  Or in more practical terms, as Harvard Law School Professor Martha Minow has pointed out: “The First Amendment forbids Congress from ‘abridging’ the freedom of speech and freedom of the press; it does not forbid strengthening it.”

It is even conceivable that this could be a bipartisan cause.  Republican governor of Vermont Phill Scott took to twitter earlier this month imploring constituents to donate to their local news organizations, emphasizing the need for accurate reporting in a moment of crisis.  “We’re fortunate to live in a country where free speech and the freedom of the press are constitutional rights,” he said, “It’s a fundamental part of who we are as Americans.” He continued, “There are times I don’t like the way a story comes out, but accountability and facts are so important—especially now—and you deserve transparency and the truth.”  Well said.  And on Wednesday, 18 democratic senators, including several high-profile moderates, signed a joint letter to the upper chamber’s leadership calling for future stimulus package to include support for local news.

If you believe a healthy democracy needs a thriving free press, particularly in a moment of crisis, you can submit your name here to tell Congress to create an emergency journalism stimulus fund.  Congress must act, as it has in the past, to ensure the free press survives precisely when we need it most. 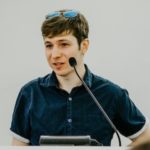 Erik Martin manages the Impact Fellowship at the Federation of American Scientists, and is an Advisor on the Day One Project. He previously served as a Policy Advisor in the White House Office of Science and Technology Policy, and worked at the global software company Unity.com as Senior Education Program Manager. He has a Master’s in Social Science of the Internet from the University of Oxford. In 2018 he was included in Forbes 30 Under 30 list. Erik also is a Fellow of Salzburg Global Seminar.

By Victoria Parsons 3 years ago

The State of Digital Political Advertising in the 2020 US Elections

By Bridget Barrett 3 years ago