Every so often, we’re reminded that, generally speaking, less of the world is at war now than in much of human history. But if war is, at least according to some (and there are skeptics), receding from the physical world, it seems to be rapidly spreading across the virtual world—the Internet. From ISIS’s recruitment of foreign fighters to the Kremlin’s attempted subjugation of Ukraine to white supremacists’ post-Charlottesville boasts and threats, belligerents of various stripes are increasingly fighting their battles online. And, in particular, they’re choosing social media as their virtual battleground.

“The Weaponization of Social Media” is thus an apt subtitle for P.W. Singer and Emerson Brooking’s brilliant, gripping, and worrisome new book, LikeWar. (Full disclosure: Singer is a strategist at New America, a think tank with which I’m affiliated, and we’ve met a handful of times.) LikeWar tells in magnificent detail the story of how war swept across the Internet. What’s more, the book raises critical questions about what even qualifies as “war” in a world in which social media appears a perpetual battleground for fights that range from the petty and gossipy to the world-altering and history-changing.

Much of Singer and Brooking’s account illuminates how the Internet is changing war. Social media’s role in war began as something of an appendage to “real” war being waged in the physical world. For example, the authors recount the tweets of a local Pakistani that offered the world its first inklings that something unusual and potentially significant had occurred in Abbottabad during the wee hours of May 2, 2011. And they tell the story of Eliot Higgins proving, from his couch in Leicester, England, that the Kremlin was responsible for the downing of Malaysia Airlines Flight 17 over Ukraine. Social media was changing the world’s understanding of conflicts in the physical world—but social media wasn’t yet the new site of such conflicts themselves.

That escalated rapidly, as Singer and Brooking relate, with the rise of ISIS. ISIS made its virtual call to arms as much of a priority as its territorial control, and “[v]iral marketing thus became the Islamic State’s greatest weapon.” (151) Likewise, Israelis and Palestinians increasingly clashed online with differing, carefully cultivated accounts of who was killing whom, all with an eye toward shaping the narrative for a watching world whose perception of their conflict would shape its future. The Internet had truly become a battlespace: it had and indeed has changed where, when, how, and by whom war is fought.

But the Internet’s effects on what has traditionally been viewed as war is just a part of Singer and Brooking’s argument. “Just as the internet has reshaped war,” they write, “war is now radically reshaping the internet.” (19) That points the authors toward grappling with “the far-reaching implications of a world in which every digital skirmish is a ‘war.’” (21)

Here’s where the breadth of the author’s material is particularly fascinating—and raises questions about what should be considered “war” in the first place in today’s digitally dominated world. Consider former Breitbart News Network leader Steve Bannon, a key architect of Donald Trump’s rise to power. Singer and Brooking quote Bannon as describing the Internet as “a ‘powerful weapon of war,’ or what he called ‘#War.’” (133) Or consider Trump’s key national security adviser, the short-lived National Security Advisor Michael Flynn, who described the Trump campaign as having been “irregular war at its finest, in politics.” (176) Or—to cast the net even more widely—consider onetime reality television star Spencer Pratt, whose approach to media manipulation, Singer and Brooking demonstrate, had key elements in common with ISIS’s. “Whatever the conflict,” they write, “these are the weapons that win.” (154)

Steve Bannon may have felt like an insurgent force in media and politics, but even he wasn’t really waging “war” in any traditional sense. Spencer Pratt may have regarded his desperate hold on tabloid relevance as the fight of his life, but his online campaign was even farther cry from the truly violent campaigns waged by ISIS or the Kremlin. Yet, Singer and Brooking embrace the terminology of these modern-day belligerents and so many others they document, describing “what may seem to be a bizarre new online world, but is actually an inescapable kind of war.” (147) And they explain why: “Online, there’s little difference in the information tactics required to ‘win’ either a violent conflict or a peaceful campaign.” (185)

So, where does “war” begin and end in our digital era? The Kremlin has quietly made the transition from using the Internet to bolster its physical conquests near its borders to employing social media to take aim at the very foundations of American democracy. The former looks and feels a lot more like war, with the use of force and competition to hold territory; but the distinction appears to look more like a relic of antiquated categorization when the same key tactics are deployed on both fronts. And political movements—even as extreme as Bannon’s—aren’t true insurrections, given that they seek power through ballots not bullets; yet, here too, the distinction between what’s war and what’s not war begins to seem rickety when the online manifestations can be so similar.

And that may be Singer and Brooking’s greatest contribution, even if one whose full ramifications have yet to be grasped: the authors force us to grapple with a world in which the lines between war and not war are increasingly blurred. All told, our digital age is “a world of wars” in their words, from the ones fought by reality television stars to the ones fought by deadly terrorist groups, all in a social media setting that sometimes seems almost exquisitely designed to sow conflict, spawn extremism, and spread vitriol. (200)

It is, simply put, a world of LikeWar. And it’s already here. 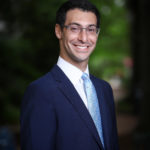 Joshua Geltzer serves as the founding Executive Director of the Institute for Constitutional Advocacy and Protection as well as Visiting Professor of Law at Georgetown University Law Center. He is also an ASU Future of War Fellow at New America.

Geltzer received his J.D. from Yale Law School, where he served as editor-in-chief of the Yale Law Journal, and his PhD in War Studies from King’s College London, where he was a Marshall Scholar. Before that, he attended Princeton University, majoring in the Woodrow Wilson School of Public and International Affairs.

He is the author of US Counter-Terrorism Strategy and al-Qaeda: Signalling and the Terrorist World-View, published by Routledge; and his work has appeared in The Atlantic, Foreign Policy, Parameters, Politico, Studies in Conflict & Terrorism, the Journal of Constitutional Law, the Berkeley Journal of International Law, and the Washington Post.