The idea of breaking up big tech is in vogue on both sides of the aisle in Washington. Democratic Presidential candidate Elizabeth Warren recently made waves on the campaign trail with her plan to break up Amazon, Google, and Facebook. Warren’s critique of big tech rests primarily on the threat to competition and innovation. While they disagree on nearly everything else, Republican Senator Ted Cruz (R-TX) indicated his support for Warren’s crusade against Facebook, though primarily out of concern about Facebook’s alleged censorship of conservative speech. Other policymakers have proposed that in order to properly quantify and address harmful behavior by technology platforms, a new regulatory approach is necessary. This would involve creating a new “Digital Authority” that would be responsible for regulating technology platforms. Drawing lessons from the AT&T breakup, these proposals seek to enable the kind of interconnection and interoperability that spurred competition in telephony.

In June of 2019, word spread that antitrust enforcers at the Department of Justice and Federal Trade Commission were preparing to investigate misconduct by the major platforms. As the DOJ and FTC opened what will likely be protected reviews of the platforms, the House Antitrust Subcommittee began conducting a series of hearings on the topic. These hearings have covered a wide range of platform-related issues, including the effects of platform market power on privacy, news media, and innovation. On January 17th, these hearings came to Boulder, as the committee interviewed Patrick Spence, CEO of Sonos; David Barnett, CEO of PopSockets; David Heinemeier Hansson, co-founder of Basecamp and cCreator of Ruby on Rails, a popular web development framework; and Kirsten Daru, Vice President and General Counsel for Tile.

Patrick Spence’s testimony focused on patent infringement and platforms’ ability to leverage dominance in one market in order to suppress competition from adjacent markets. Sonos enables voice assistant apps like Google Assistant and Alexa, but also competes with Amazon and Google’s own speaker lines. Spence pointed out that the platforms can afford to give away their own speakers for free, cross-subsidizing their hardware lines with profits from other markets in order to out-compete independent sellers like Sonos. He also discussed that the enormous gatekeeper power of these platforms makes it easy for them to strong-arm independent sellers in negotiations over access to user data and which voice assistants will be offered through their systems. His written testimony described the platforms as being “like basic infrastructure;” an input that tech startups can’t do without.

David Barnett told the representatives about similar strongarming by Amazon. He described how Amazon lowered the retail price of PopSockets in their marketplace, and then demanded PopSockets pay Amazon the difference in price for each sale. His company, PopSockets, no longer offers products on Amazon because the platform was reluctant to crack down on counterfeiters. After leaving Amazon, numerous inquiries from PopSockets about hundreds of thousands of dollars Amazon owed them as a result of chargebacks were met by the same response: “Researching issues in partnership.”

David Heinemeier Hanson, a prominent innovator in app development, brought up Facebook and Google’s hold on the market for targeted advertising. He described how his product no longer relies on targeted ads, but that this may not be an option for new start-ups. He pointed out that if a start-up chooses not to use targeted ads, “their competitors will.”

He lamented Apple’s vague and confusing terms offered to app developers. He described how app developers working with Apple can face swift retribution if they do not keep their apps entirely within the Apple universe. Even including links that go outside the Apple universe can result in apps being booted from the App Store. Meanwhile, Apple charges thirty percent of the sale to use the app store, so apps competing with Apple have an instantaneous price disadvantage.

Kirsten Daru also related troubling tales about competition in the App store. She told the committee how Apple released the FindMy app, which competes directly with Tile, and the advantage they can gain by pre-installing their version on all Apple devices and making it very hard to delete. She echoed Basecamp’s requests for due process and transparency for app developers, including advance notice of changes to the platform that affect their business.

Rep. Cicilline’s questions focused on the direct effects of platform market power on competitors. Multiple witnesses attested to the power of search rankings; if Google moves Sonos down in their search rankings or Apple demotes Tile, the effects could be devastating to their businesses. His questioning also drilled down on testimony about the platforms’ ability to make demands, whether that means demanding Sonos turn over user data or demanding PopSockets pay more to sell their goods on Amazon.

Rep. Neguse inquired about broader social harms, including privacy violations and the effects of targeted advertising. David Heinemeier Hanson hypothesized that the problems with the ad market could be addressed by preventing companies from stockpiling user data, a practice he described as “the original sin” of targeted ads.

Rep. Buck expressed sympathy for the plight of small competitors, but also concern about heavy-handed government action. His questioning of Mr. Spence teased out one of the fundamental debates at the heart of the tech platform controversy: which is worse for innovative start-ups, platform dominance or big government intervention? Mr. Spence concluded that “we don’t like big government or small government, we like just the right size government.”

Overall, the representatives expressed grave concerns about the immense power of market platforms, and asked the witnesses what they would like to see from Congress. However, the committee members offered little insight into what actions they are considering. Our take? That the committee seems to be exploring the harms the platforms are causing, and whether these harms can be addressed through existing law. The representatives may be trying to determine if the traditional antitrust model, which involves defining a market and then alleging specific anticompetitive behavior in that market, can be applied to platforms. The witnesses certainly outlined ways in which the platforms can use their power to harm competition in the market for speaker systems, or popsockets, or apps. However, a central theme of the hearing was their massive power as gatekeepers to the economy as a whole. This harkens back to an antitrust doctrine not used in decades: that certain companies which provide “essential facilities” have a duty to deal fairly with other companies, even potential competitors.

The spectre of the antitrust case against Microsoft certainly hung over the room. Many of the complaints brought by the witnesses (that platforms deny access to their systems, strongarm rivals in negotiations, and build in systemic advantages that favor their own products) played a prominent role in Microsoft. And the Justice Department’s proposed remedy in that case, of breaking Microsoft’s operating system business and its applications business into two separate companies, certainly sound familiar today in light of Warren’s proposals. David Barnett of PopSockets endorsed this kind of structural separation when asked what action he would like the Committee to take. However, in the end the courts did not accept that structural remedy for Microsoft. And many observers argue that the online economy is a whole new animal and requires new forms of competition protection.

The testimony heard on January 17th certainly raised concerns about competition in the age of platforms. The response from legislators, and whether they will decide to trust in the existing antitrust framework, or whether they will take up the more groundbreaking changes to law that Warren and others have been suggesting, remains an open question. 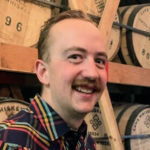 Wilson Scarbeary is a second-year law student at the University of Colorado, focusing on technology, telecommunications, and competition policy. He spent his summer working on federal regulatory policy at AT&T, and currently works as a Policy Fellow for the Colorado Technology Association, an advocacy group that supports the Colorado technology ecosystem. Wilson is a Digital Content Editor for the Colorado Technology Law Journal, and a member of Barristers Council. Wilson graduated from the University of Colorado with a bachelor’s in political science. In his free time, he is an avid skier and rock climber.