Americans pay significantly higher prices for drugs than patients in other nations and these costs represent the largest share of a consumer’s health care premium.  The cost of drugs has become a pocketbook issue for American voters and both the president and Congress have taken note.  There have been several hearings on drug pricing, and Congress recently finished its third day of hearings on patent reform, a key issue for sky-rocketing drug prices.   Sensible patent reform can limit patent abuses such as product hopping and patent thickets that delay price cutting competition from generics and biosimilars.  While the drug pricing legislation introduced in the Senate tackles these issues head-on, a newly proposed patent reform bill is a step backwards that aims to rewrite a century’s worth of patent law and legal decisions that have been used to limited patent abuse.

New legislation has been introduced by Sens. Thom Tillis (R-N.C.) and Chris Coons (D-Del.) to revisit Section 101 of the patent laws, which determines what is and is not patentable. Under current law, any new process or useful improvement on that process can be patented.  On the other hand, abstract ideas, laws of nature, and natural phenomena cannot be patented.  This has been made clear through the legal system and several important decisions by the U.S. Supreme Court.  For example, the courts have found against the ability to patent genes, scientific discovery, and business practices that implement an abstract idea, such as risk management.

The Tillis-Coons legislation seeks to seek to upend these Supreme Court decisions and the legal history of patents that dates back to the 1870s.  In so doing, the legislation strengthens the hand of patent holders and increases the potential for patent abuse.  The changes in the law have substantial ramifications for both technology and pharmaceuticals.  With respect to technology, software development is at risk.  As the internet and e-commerce emerged, there was a surge in “business method patents,” which basically combined a way of doing business with new software or technology and to create a new patent.  The digital world was new and many of these patents turned out to be questionable, resulting in legal challenges claiming that the patents should be rejected because they were actually abstract ideas and therefore unpatentable under Section 101 of the Patent Act.

With respect to pharmaceuticals, the debate over patentability has focused on the question of natural phenomena and laws of nature.  As technology has advanced and research into the human genome began generating new information with respect to medical treatment and diagnostics, questions began to emerge on what parts of the research were patentable.  For example, in Mayo Collaborative Services v. Prometheus Laboratories, Inc., the Supreme Court addressed the issue of whether a method of changing treatment based on the results of blood tests was simply applying a law of nature or if there was, in fact, a human innovation that deserved a patent.  In its decision, the court decided that the patent tried to monopolize a natural law because the therapeutic efficacy of the treatment was based on the natural metabolic process of the body.  This is in line several other recent Supreme Court decisions that have limited the scope of patentability in bio-pharmaceutical research, compared to applications of that research, all going back to the fact that laws and nature and natural phenomena are ineligible for patents under Section 101.

Efforts to reform Section 101 are part of a larger effort to reform the patent system, which is an issue that Sen. Coons has championed.  Earlier this year, the Senate Judiciary Committee revived its subcommittee on intellectual property, with Tillis and Coons at the helm, and Sen. Coons also introduced the STRONG Patents Act, which aims to revamp the post grant review process (and in some ways overturn the changes to the patent system made in the America Invents Act. The Tillis-Coons bill is even more ambitious, seeking to override several important Supreme Court rulings.

This ongoing debate over the U.S. patent system has important implications for innovation.  The Founders included in the Constitution Congress’s statutory power “To promote the progress of science and useful arts, by securing for limited times to authors and inventors the exclusive right to their respective writings and discoveries.” Today, this means innovators have the exclusive rights to their inventions, typically for 20 years.  But there have always been concerns that patent protection can turn into monopoly rent protection rather than an incentive for innovation.  Poor quality patents and gaming the system through patent thickets or evergreening keep competitors out of the market.  In such cases, patents simply protect monopoly profits at the expense of innovation.  Striking the proper balance that promotes innovation rather than protecting monopolies is at the root the debate over patent reform.

For consumers the changes proposed by Tillis and Coons are problematic.  By lowering the current standards of what is patentable from something that is “new and useful” to a more nebulous utility standard set by statute, it becomes easier to add or modify patents that restrict competition and delay the entry of generic competitors who can drive prices down.  As a result, pharmaceutical companies can keep competitors out of the market for years, leading to higher prices and limited access to important drugs.

In response to rising drug prices, Sens. John Cornyn (R-Texas) and Richard Blumenthal (D-Conn.) have introduced the Affordable Prescriptions for Patients Act to combat some of the practices used to delay competition and extend monopoly profits. Unlike the Tillis-Coons bill, this legislation takes aim at strategies used by drug companies to deter competition.  Ironically, there has been talk of attaching the Tillis-Coons patent bill to the Cornyn-Blumenthal legislation.  But these two bills are at odds with one another, and a combined bill would diminish the real benefits of the Cornyn-Blumenthal bill.  Drug prices continue to rise year over year at rates substantially higher than inflation, leaving patients frustrated and concerned.  Congress should continue to focus its efforts on promoting a more robust and competitive market for life-saving drugs, not rewriting patent law to expand the potential for monopolistic abuses. 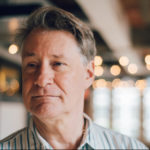